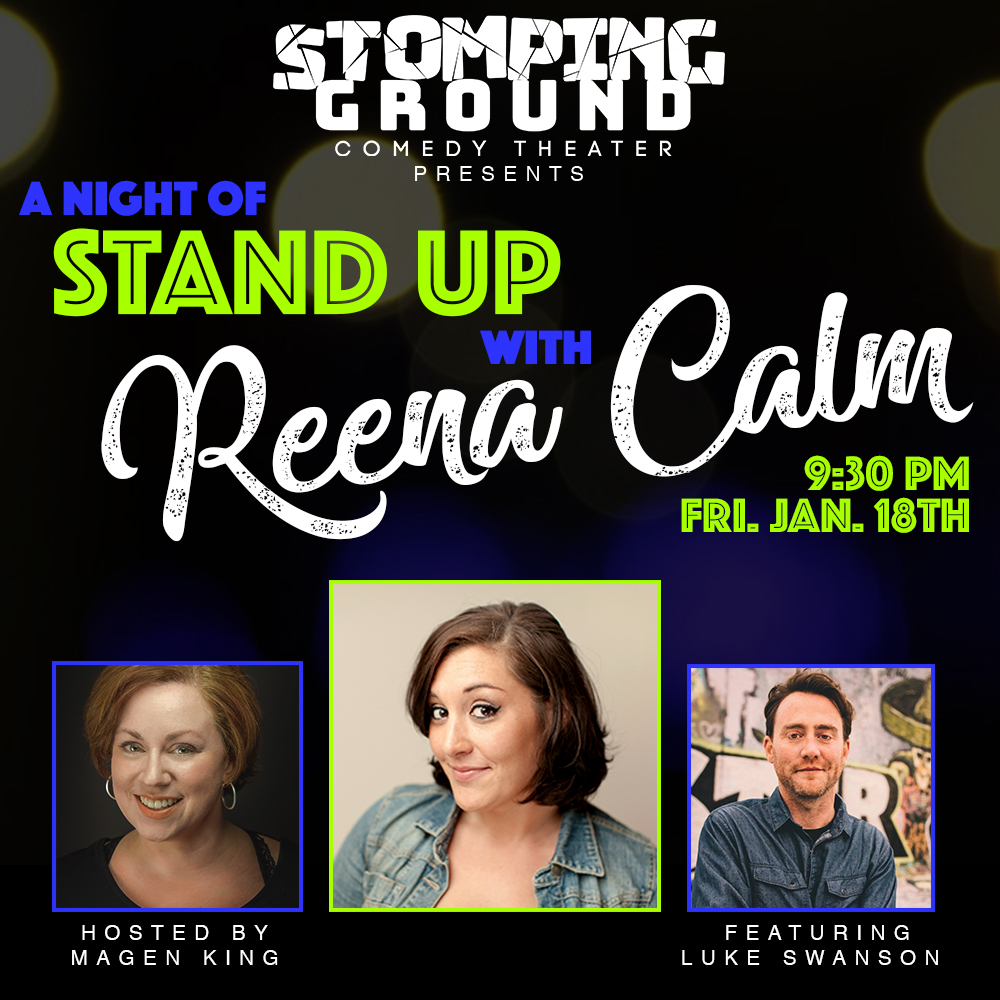 Join us at Stomping Ground for a night of stand up comedy featuring Chicago’s Reena Calm alongside Luke Swanson.

Calm is an “East Coast Jew” turned Chicago favorite, and one of the most respected and requested comedians in the Midwest. Pulling from a lifetime of questionable choices, Reena’s material is autobiographical, silly, and charmingly inappropriate. She travels the country on her signature #CalmedyTours, and has performed in some of the best rooms in America. Reena has opened for Arsenio Hall, has been on Doug Loves Movies, was named Comic of The Week on The Jackie & Laurie Show, and recently published her first book; Once A Pun A Time: Legend Of A Sighs Queen.

Luke Swanson is an affable storyteller and seasoned comedian. You’ll hear about old friends and junk cars, and all the jobs before comedy. Always in travel mode, he’s spent years working on stages across the country and sharpening his life. Luke has been featured at EPIC Fest in Chicago, Turnbuckle Comedy and Music Festival at Codfish Hollow, and GAS Feed and Seed Festival in Davenport, Iowa.

The evening will be hosted by local favorite Magen King, who is fresh off of a run at Funniest Comic in Texas, where she was a semi-finalist. Magen performs regularly at The Improv and has opened for Vir Das and Shawn Wayans.

Note: The show is rated M for Mature/18+. Stomping Ground is BYOB. Seating begins 15 minutes prior to the start of the show.