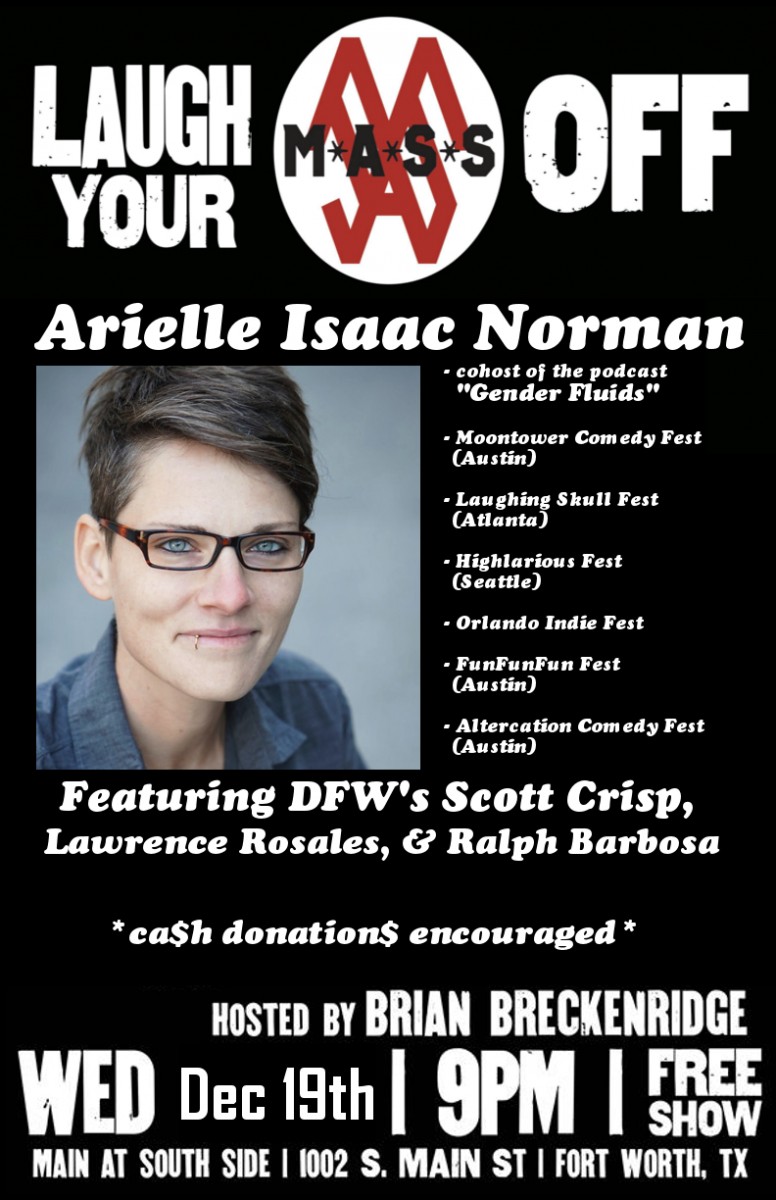 A comedian based out of Austin, TX, Arielle Isaac Norman has performed in festivals and shows all over the country, performing with Brian Posehn, Kristen Schaal, Cameron Esposito and more.

Arielle was a finalist for Austin’s Funniest Person 2018, and also hosts the monthly show ‘Off Script’, where the audience is encouraged to and even awarded for heckling the comics.

Arielle cohosts “Gender Fluids,” an intensely candid podcast about sexuality and gender from a couple of boundary-pushing queers with dark senses of humor.

“Gender Fluids” was nominated for Best Podcast in Austin by the Austin Chronicle, and is available for download now everywhere you get your podcasts.