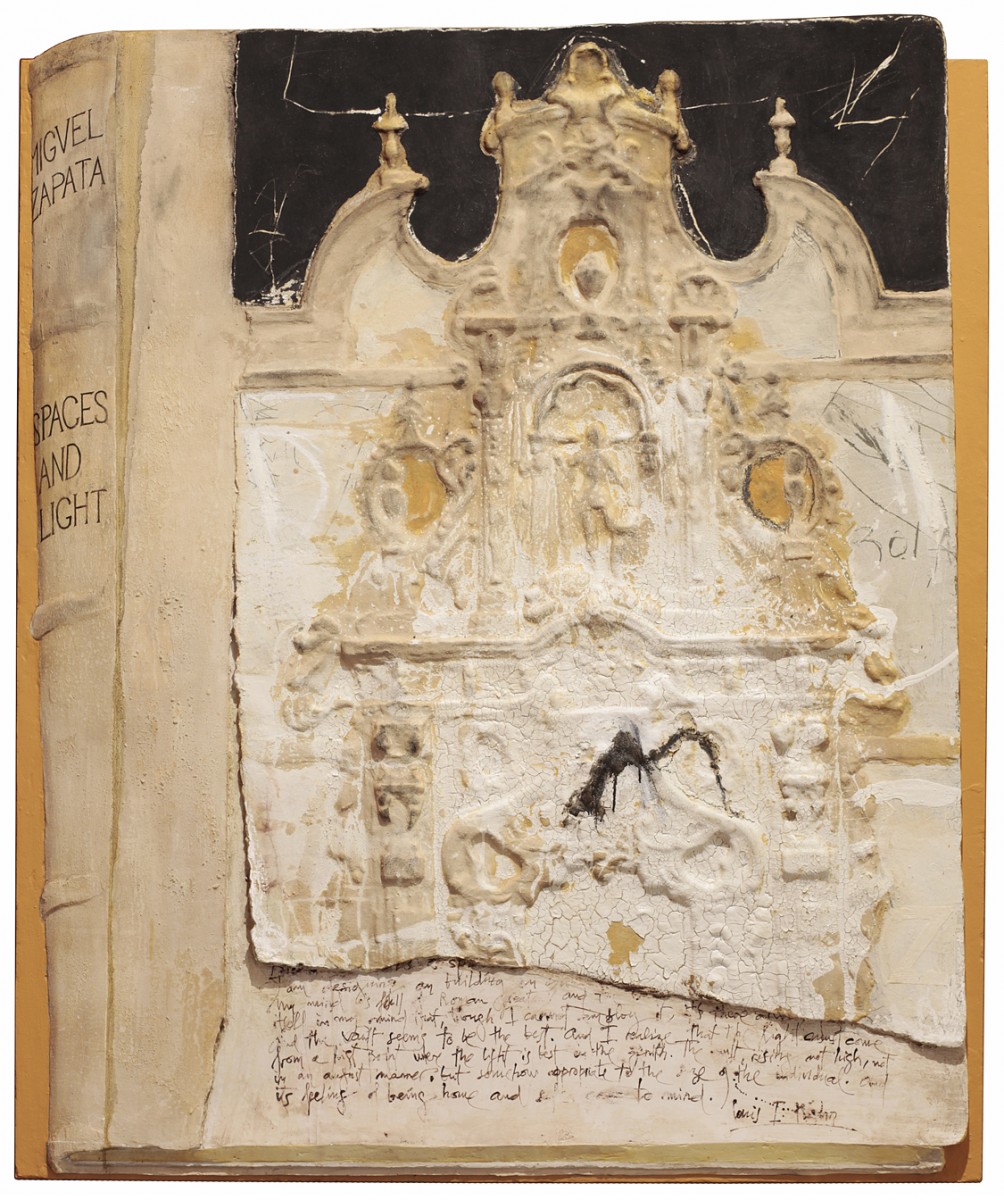 Valley House Gallery is pleased to present the exhibition, "Miguel Zapata: Madrid / Dallas." Join us for the opening reception on Saturday, December 15, 6-8 p.m. The exhibition will be on view through January 26, 2019.

"Madrid / Dallas" is an apt title for our exhibition honoring Spanish artist Miguel Zapata (1940-2014). Miguel began dividing his time between the two cities in 1986, when he was the first contemporary Spanish artist invited for a solo exhibition at the Meadows Museum. SMU’s Luís Martín describes the self-educated scholar-artist as having “the greatest Renaissance mind that I have encountered in my life.”

In sculptural reliefs, collages, and drawings, Miguel Zapata’s visual vocabulary contrasts architectural and figurative elements appropriated from the Classical past with bold, gestural elements of abstraction and text. Miguel’s intention was to achieve a balance between the frenzied vitalism of Dionysian forces and the harmony and beauty of Apollonian forces.

In describing his work, Miguel Zapata said, “The images in my work are not the product of observing Nature; they proceed from the cultural baggage which has been stored in my memory, where vivid memories are combined with images pulled out of books, prints and even from simple oral descriptions; I gather them and order them within a coherent framework; I manipulate them, trying to reduce what was a multiplicity of things, into a unity in which the memory of the original image remains in a more or less deformed fashion.  You might say that I work on the work of man.  It is a melancholy, sometimes ironic, vision upon the readymade.  Reality is reduced to pure archaeological data which almost constitutes a negation of the present.  And it is imagination that has acted as an abstractive process, transforming it.”
Since 1959, Miguel Zapata has had over 70 solo exhibitions in Spain, Portugal, Belgium, Japan, and the United States. In 2015, an exchange program bearing his name was established between Universidad de Castilla-La Mancha, in Miguel’s birthplace of Cuenca, and Texas State University. A catalogue will accompany this exhibition.