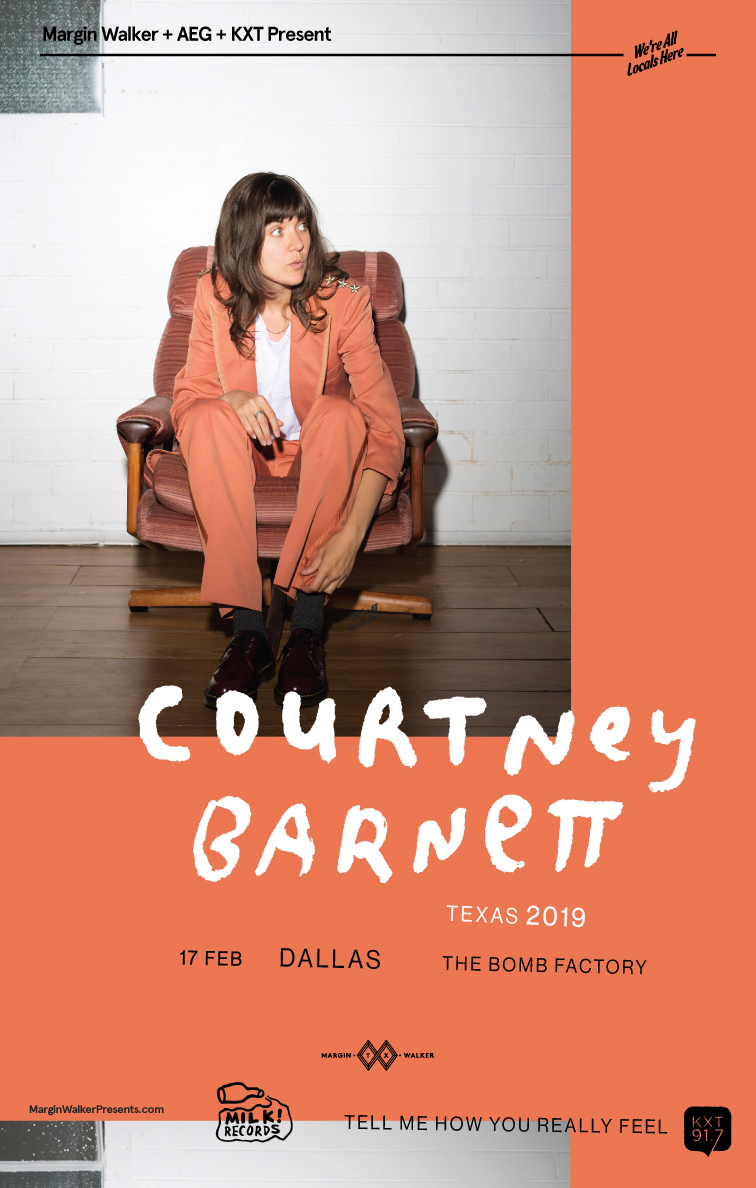 Since the release of her debut full-length Sometimes I Sit And Think, And Sometimes I Just Sit, Courtney Barnett has been celebrated as one of the most distinctive and compelling voices in indie rock, a singer-writer who mixes deeply insightful observations with devastating self-assessment. Flipping between the political and personal with face-melting guitars to boot Barnett’s rise to global prominence is unprecedented.

From the housing crisis of "Depreston" to the hell of internet trolls in "Nameless Faceless", the 30-year-old's everyday narratives have now weaved into collaboration with The Breeders, Kurt Vile and long-term partner Jen Cloher. Rolling Stone praised her as “one of the sharpest, most original songwriters around—at any level, in any genre… a self-strafing humorist á la Lena Dunham who’s also a Dylan-style word ninja”. She's a critical darling with an adoring fanbase to match. Barnett's electric live shows have seen her grace the stages of the biggest festivals of the world, playing to adoring audiences across 5 continents.

Tickets on sale Friday, November 9 at 10am. Doors open at 7pm. Show starts at 8pm.