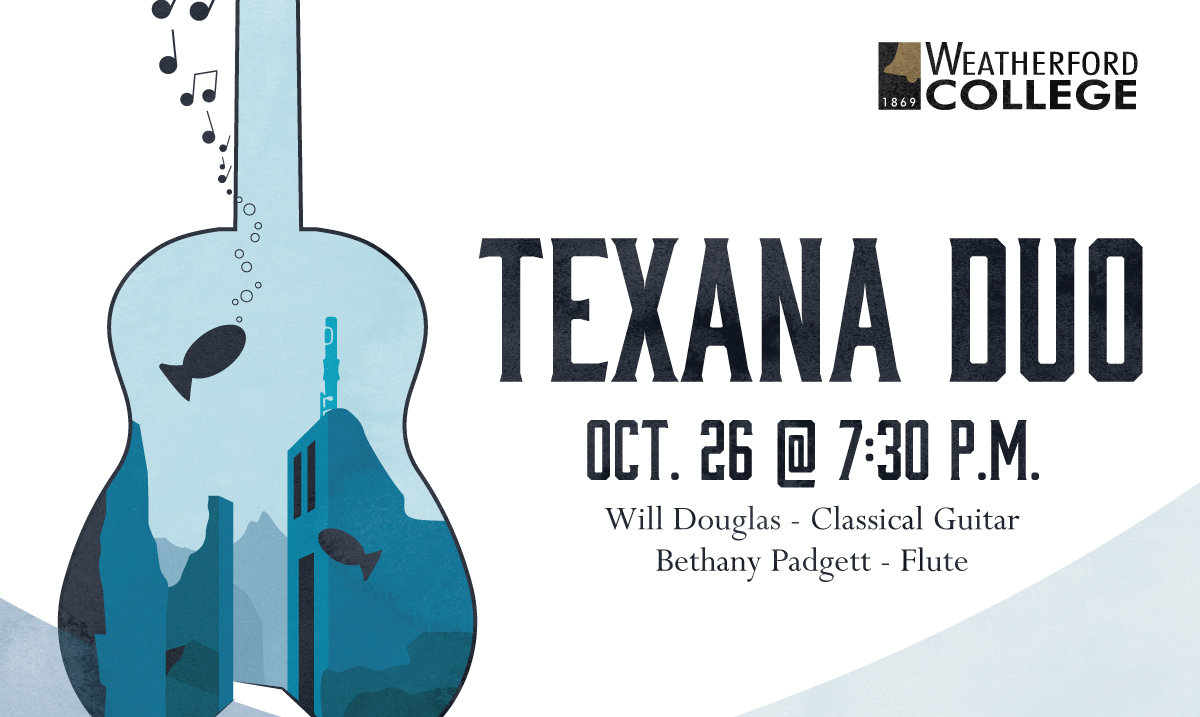 Weatherford College classical guitar instructor Will Douglas and flutist Dr. Bethany Padgett will perform as the Texana Duo at 7:30 p.m. Friday, Oct. 26, in the Alkek Fine Arts Center. Doors open at 7 p.m. and admission is free.

The duo was formed in fall 2017 and performed their first concert this past April as part of the Alkek 20-year celebration at WC. They followed up that performance with a recital at the University of North Texas’ College of Music’s renowned Voertman Concert Hall.

“We take our name from the original location of Texana, Texas, which now sits as a ghost town at the bottom of Lake Texana,” Douglas said, “and feel that the imagery that surrounds this underwater town captures the deep and haunting sound that characterizes much of the flute and guitar repertoire while paying homage to the birth state of our duo.”

In 2015, he founded the Lone Star Guitar Festival and Competition at WC which brings a variety of talented musicians from across the globe to the Alkek Fine Arts Center. In 2017, he founded the Collegiate Peeks Guitar Retreat in Buena Vista, Colorado.

Douglas has completed his Masters in Music Performance degree and is now pursuing a Doctor of Musical Arts degree, both at UNT.

Padgett is an active freelancer in the DFW area. She completed her Doctor of Musical Arts in Flute Performance with a Theory minor from Louisiana State University in 2013.

Padgett is also active as a flute teacher and currently maintains a large, successful private flute studio of about 40 students in the DFW metroplex. She has served on the board of several organizations including Music Teachers National Association and Louisiana Flute Society, and currently serves as festival co-chair for the Texas Flute Society.