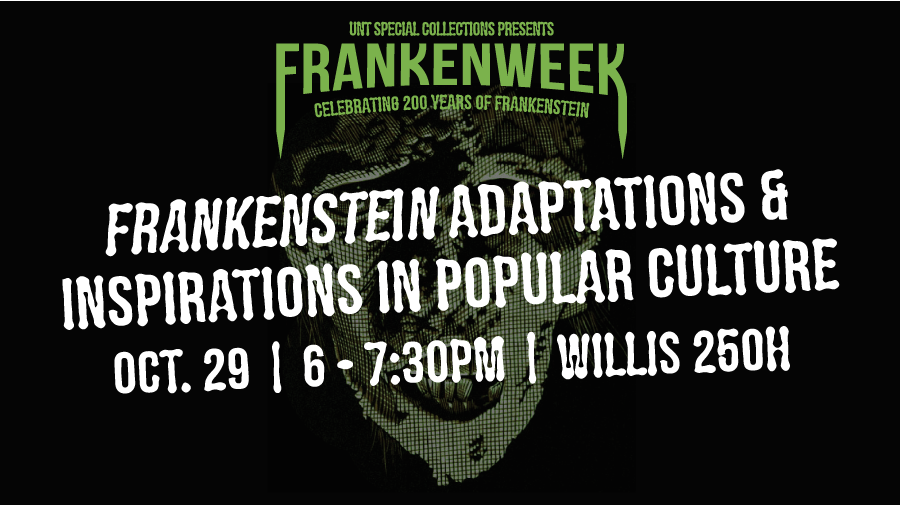 Join us for a panel discussion with faculty from various departments at the University of North Texas sharing their thoughts on Frankenstein in popular culture!

The event will include short presentations and a Q&A session afterward. There will also be a display of Frankenstein texts and other items from the UNT Special Collections and Graphic Novel collection.

This event is free and open to the public.

This event is part of the Frankenweek series of events, put on by UNT Special Collections in collaboration with UNT Comics Studies and UNT Media Library, to celebrate the 200th anniversary of the publication of Mary Shelley's Frankenstein.