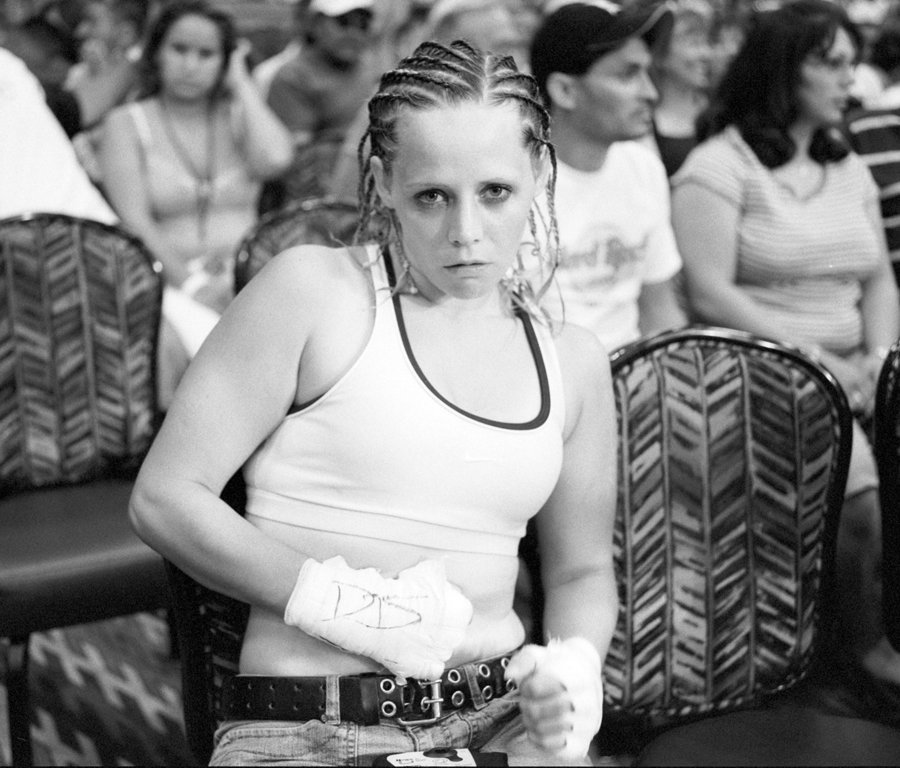 A recent exhibition at MOMA’s PS1, Body Armor, featured four women artists that conveyed certain expressions of power and identity, through their garments, or objects worn, to define femininity. This exhibition coincided with the current #MeToo movement, which will be one of many in the future to address this cultural phenomenon.

Delilah Montoya’s photographs were represented in this PS1 show. The series featured was her notable New Warriors series, a document of female boxers from the Southwest. PDNB Gallery is exhibiting these photographs this fall.

It is a rather momentous time in America, not to be ignored. Imagine the slow, but sure progress of women. For example, in sports, Title IX gave women more equality in sports. Women’s boxing became a reality in the sports world when the International Women’s Boxing Federation (IWBF) formed in 1992.

Montoya sees these women as malcriada’s, defined as an ill-mannered servant or bad girl. In her interpretation, the boxers are going against the rules of the female profile. These women dictate what they desire. The young women, who lead many roles, as mother, wife, employee and athlete, find time to pursue their dream to be a professional boxer. Their serious participation involves daily workouts in the gym, taking hits like a man, and building muscles and endurance.

What motivates them to participate in such a male dominated sport? There are a multitude of reasons. Like men, these women are competitive. Like men, they love the one-on-one action sport. Like men, they want to be strong. But unlike men, they have to fight harder to be taken seriously.