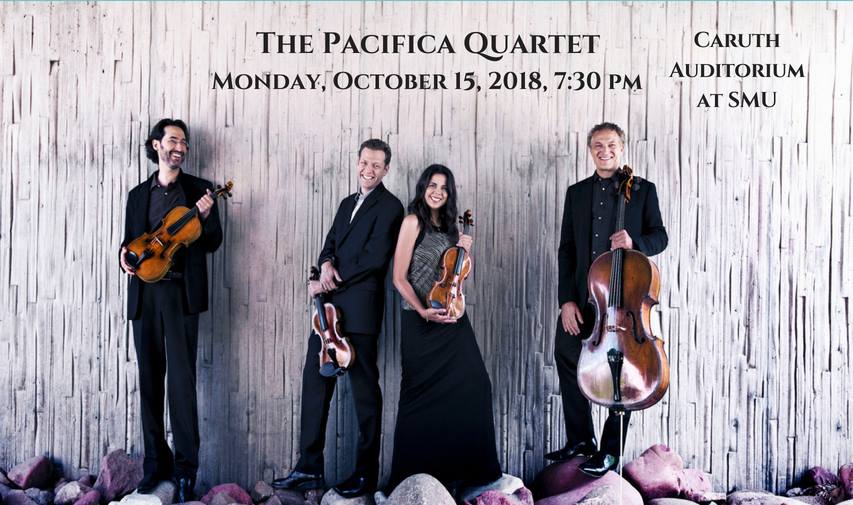 Recognized for its virtuosity, exuberant performance style, and often-daring repertory choices, over the past two decades the Pacifica Quartet has achieved international recognition as one of the finest chamber ensembles performing today. Named the quartet-in-residence at Indiana University’s Jacobs School of Music in March 2012, the Pacifica was previously the quartet-in-residence at the Metropolitan Museum of Art and received a Grammy Award for Best Chamber Music Performance. In 2017, the Pacifica Quartet was appointed to lead the Center for Advanced Quartet Studies at the Aspen Music Festival and School.

Formed in 1994, the Pacifica Quartet quickly won chamber music’s top competitions, including the 1998 Naumburg Chamber Music Award. In 2002 the ensemble was honored with Chamber Music America’s Cleveland Quartet Award and the appointment to Lincoln Center’s CMS Two, and in 2006 was awarded a prestigious Avery Fisher Career Grant. Also in 2006 the Quartet was featured on the cover of Gramophone and heralded as one of “five new quartets you should know about,” the only American quartet to make the list. And in 2009, the Quartet was named “Ensemble of the Year” by Musical America.