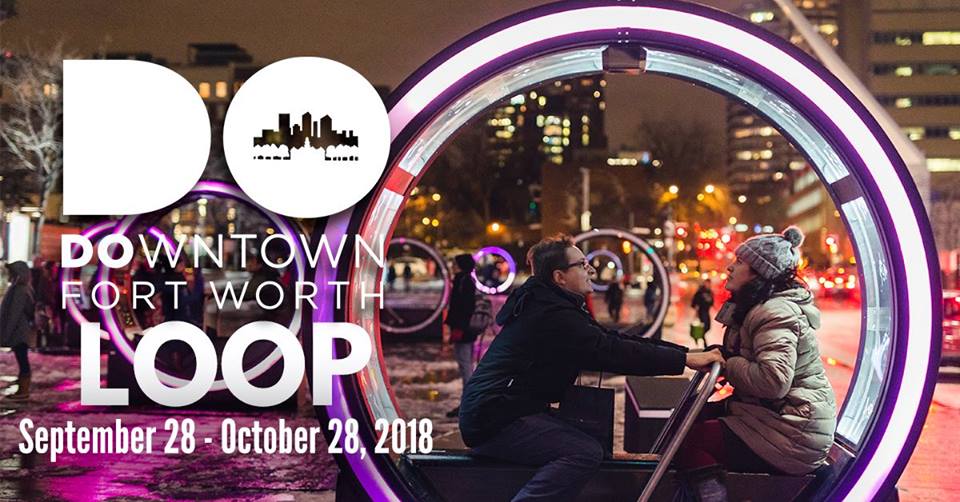 Loop is a cross between a music box, a zoetrope and a railway handcar. The family-friendly illuminated musical installation consists of 12 giant zoetropes – an optical toy invented in the 19th century that predates the animated film – that show images in rapid succession, creating the illusion of motion.

People sit inside the giant wheel and pump the lever together to activate the beautiful images inspired by 12 different childhood fairy tales.  When the cylinder starts spinning, it lights up, making a series of still images appear to move through a flickering strobe effect that accompanies the black and white images. The animation is visible from both inside and outside the cylinder and can be viewed from up close or far away.