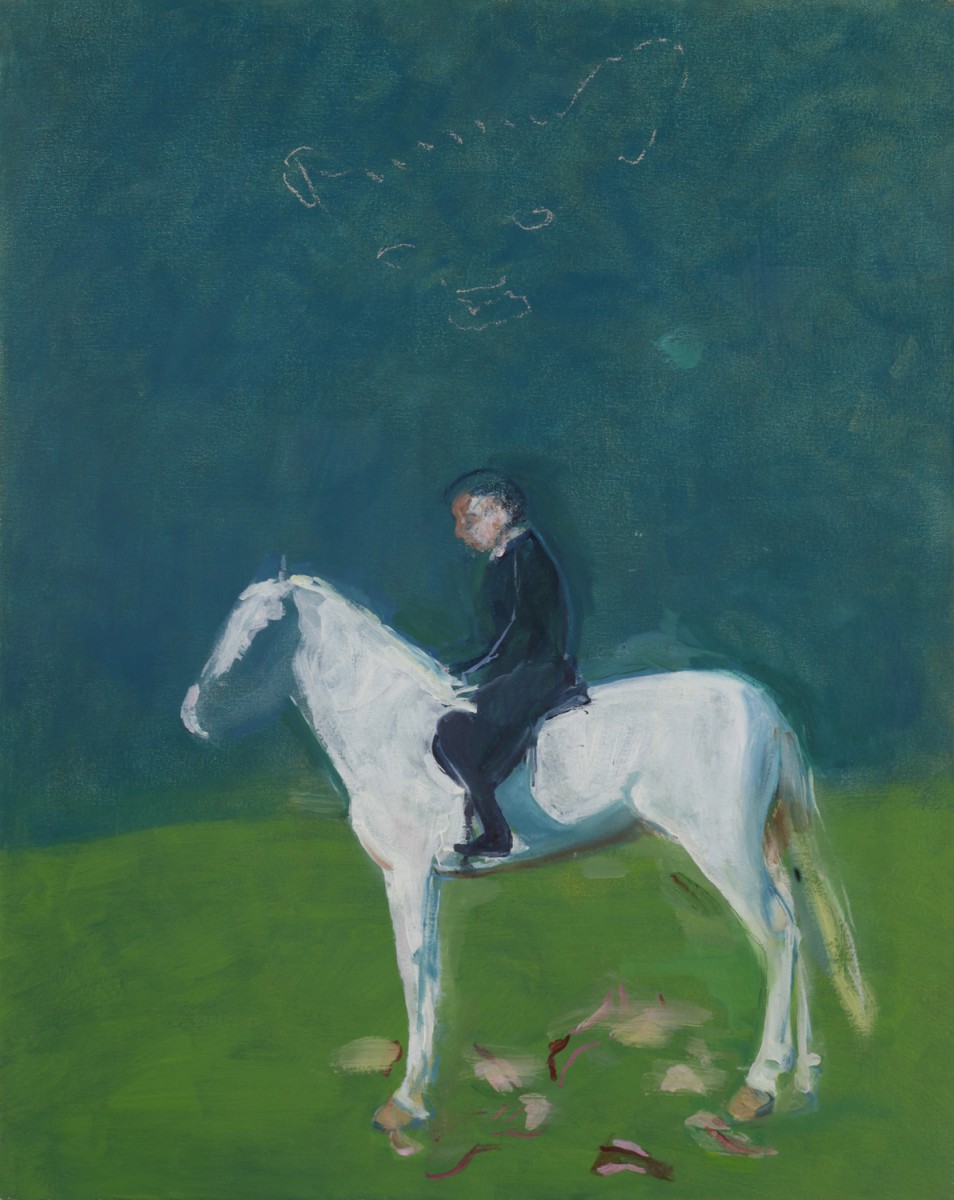 The Art Galleries at TCUpresents Sequel featuring Susan Harrington, with Shafaq Ahmad, Stephen Battle, Devon Nowlin, and Harmony Padgett. Sequel will be on view at Moudy Gallery from September 27 through October 25, 2018, with an opening reception on Thursday, September 27, from 5-7pm.

The Art Galleries at TCU mounts this exhibition on the occasion of Susan Harrington’s retirement from TCU, where she has taught drawing and painting since 1988. Sequel showcases work by Harrington, along with works by a selection of her former graduate students; Shafaq Ahmad, Stephen Battle, Devon Nowlin, and Harmony Padgett. The exhibition brings together the work of these artists and highlights common ground and shared concerns around line, symbolism, the figure (both human and animal) and emotional and spiritual experience. Harrington also invited TCU alumna and art historian Laurie Taylor to contribute an essay for the exhibition publication.

In this waySequelnot only celebrates Susan Harrington’s career at TCU it also highlights the long-lasting and nurturing connections that evolve through teaching.

Susan Harrington was born in Berkeley, California and has lived on the east coast, the Midwest and for the last thirty years in Fort Worth, Texas. She has traveled widely in Europe and lived in England and Denmark as a child with her family and more recently in Germany. She is an experienced and highly regarded artist who has participated in numerous solo and group exhibitions throughout the United States and Germany. Her work reflects her interest in the workings of the unconscious through the use of symbols, memory and dreams. Art writer and critic Suzanne Deats has written:

Susan Harrington begins from a place of quiet mindfulness, allowing ideas to rise intuitively to conscious form, yet stopping short of description. Ms. Harrington mines the collective memory for clues and iconic inferences.

Harrington’s many honors include participating in The Advanced Critique Workshop in 2012 and the Critical Painting Workshop in 2013 with Enrique Martinez Celaya at Anderson Ranch, a Pollack-Krasner Fellowship in conjunction with an Artist in Residency at The Byrdcliffe Art Colony in 2009; a Pollack-Krasner Fellowship in 1999-2000 and a Mid-America/National Endowment for the Arts Fellowship in 1990-91. She has been an artist in residence at many programs such as The Hambidge Center for Arts and Science in 2007 and the Santa Fe Art Institute in 2004; several Vermont Studio Center residencies from 1993-2001 and an artist in residency at the Bemis Center for Contemporary Art in 1995. She is currently Associate Professor of Art at Texas Christian University, Fort Worth, Texas where she taught drawing and painting since 1988.  Harrington recently retired from TCU in May of 2017.

Shafaq Ahmad was born in Rawalpindi, Pakistan. After Ahmad left Pakistan she lived in the United Kingdom, Iran and Denmark before settling down in the United States. She graduated Summa Cum Laude with a Bachelor of Fine Art degree from Virginia Commonwealth University in Richmond, Virginia in 1991 and a Master of Fine Art degree from Texas Christian University in Fort Worth, Texas in 2011. She has travelled around the globe to many countries in Asia, Europe and North America. Ahmad worked as an art glass designer from 1995 to 2003 and collaborated with several art glass studios in Czech Republic and Sweden. She also designed art glass for Barovier and Toso Czech Republic till 2003 for 8 years. Her art glass designs are in private collections in many countries. Presently, she works as a multimedia artist. She employs painting, 3D, digital media, print making, mixed media and onsite installations. Ahmad has participated in many solo and over 70 group exhibitions in the USA, United Kingdom, Pakistan, Czech Republic, Germany, Israel, Italy and United Arab Emirates. Her work is a part of permanent collections at the Sharjah Department of Art and Culture in the United Arab Emirates, Museum of Geometric and Madi Art in Dallas, Texas, Mercedes Benz Daimler Financial, Corporate Headquarters in Fort Worth, Texas and other institutions. Ahmad’s work has been published in Art Voices magazine, Studio Visit magazine, Islamic Arts Magazine, Emel magazine, Art Now Pakistan Dallas Art Review, Star Telegram, Libas Magazine, Valassko, Vlastivedna Revue, VAIA, bont VOOR BINNEN, and Ceramic & Glass, among other publications.

Stephen Battle was born in Mt. Clemens, MI in 1976, and grew up in Fort Worth, TX.  He began painting in college, alongside earning a degree in Anthropology.  His enthusiasm for art overtook his interest in that field of study.  Upon Graduation, Battle decided to investigate a career in art.  Having worked in the art museum at Texas A&M University, he obtained a job in a gallery in Jackson Hole, Wyoming.  There he was introduced to the business side of art, while developing his own work in his spare time.  While in this part of the country Battle spent a great deal of time in the wilderness of Grand Teton and Yellowstone National Parks.  Nature became the primary inspiration for his work. He later moved to Taos, New Mexico and then New York City before beginning post-graduate education He left New York for his hometown of Fort Worth to pursue an M.F.A. in Painting at TCU. Battle currently lives in Ft. Worth and teaches Drawing, Painting, Design, and Art Appreciation at Tarrant County College.  Battle is represented by Herold Fine Art, Dallas, TX.

Devon Nowlin is a Fort Worth native who holds a BFA from the University of North Texas (2004) and an MFA from Texas Christian University (2011). Primarily known for her figurative paintings, Nowlin is currently creating a body of work informed by mid-twentieth century American history, vernacular photography, and nostalgia. She also creates artwork in a wide range of media including textiles, small sculpture, and photography that are meant to enhance connections and encourage fresh perspectives in our experiences with her paintings.

Recent exhibition include "Casual Luxury Complex" at Artspace 111, "Don't Deny Your Heart" at Stephen F. Austin State University, and "Cult of Personality" at David Shelton Gallery, Houston. Nowlin has taught at TCU, The Modern, and the Rachofsky Warehouse and is currently the Assistant Registrar at the Amon Carter Museum. Nowlin is a co-founding member of the Fort Worth-based art collective HOMECOMING! Committee, whose exhibitions include "Friskt kopplat, halfen brunnet" (Quickly connected, half burned) for the 2013 Texas Biennial and "Post Communique" at the Dallas Museum of Art. Her public works include "Trailing the Trinity," commissioned by Fort Worth Public Art for the Clearfork Main Street Bridge and the "Look Book Fort Worth" photographic series for the Westbend development on University Drive.

THE ART GALLERIES AT TCU