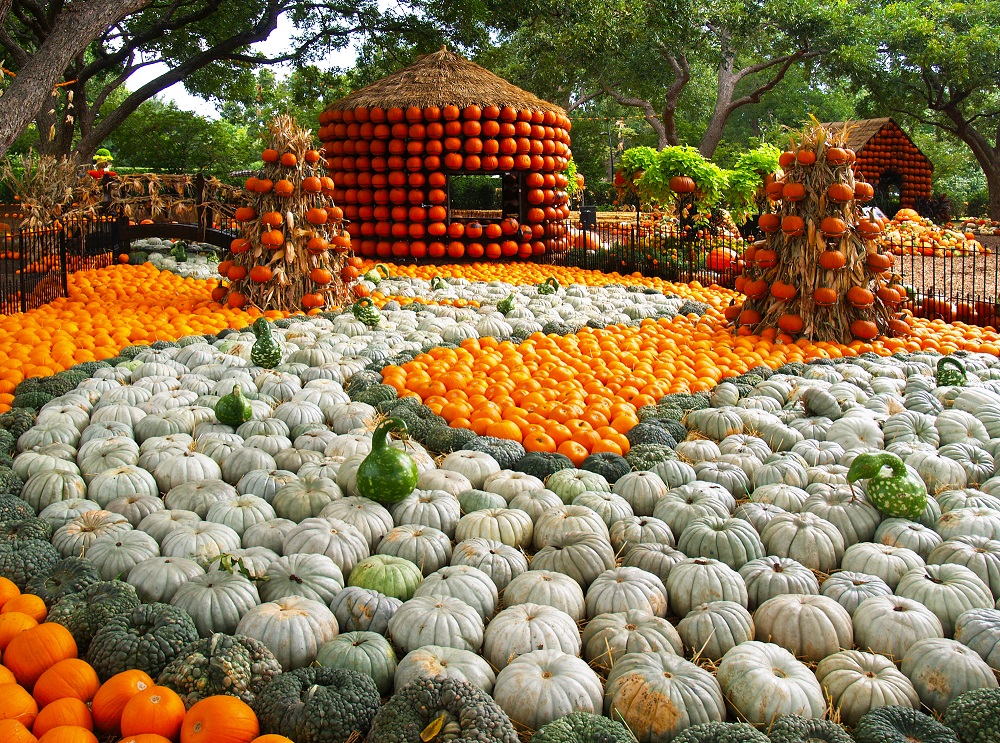 Autumn at the Arboretum

Thousands of pumpkins, gourds and squashes are sprouting in the Texas Panhandle this summer, soon making their way to Dallas for Autumn at the Arboretum, a national fall festival, presented by Rogers-O'Brien Construction. Named one of "the best pumpkin picking experiences in the country" by Trip Advisor and "One of The World's 15 Most Breathtaking Gardens" by Architectural Digest, the Dallas Arboretum's festival highlights "The Adventures in Neverland,"featuring scenes from the beloved book, Peter and Wendy, September 22 to November 21.   For the 13th year, Autumn at the Arboretum, named one of the "Best Fall Festivals" by Country Living Magazine, includes the nationally-acclaimed Pumpkin Village featuring pumpkin houses and creative displays incorporating more than 90,000 pumpkins, gourds, squash, cornstalks and a hay bale maze.   Known for amazing and creative displays, our 50-member horticulture team is creating an amazing Pumpkin Village display where more than 250,000 people will visit during Autumn at the Arboretum.   Themed "The Adventures in Neverland," the Pumpkin Village takes guests on a journey through Neverland in the Pecan Grove. The Pumpkin Village begins in London at the house of the Darlings where Wendy and her brothers are dreaming of pirates and fairies. Other major stops include the Lost Boys hideout where Peter, Wendy and the Lost Boys talk about never growing up. A pirate ship sails the seas of gourds and pumpkins in Pecan Grove where Captain Hook keeps his eye to the sky as his never-ending hunt for Peter continues. Tick-Tock, the Crocodile, waits patiently among the pumpkins for another opportunity to attack. A visit to Neverland would not be complete without a stop by Tinker Bell's home where she does all of her tinkering.