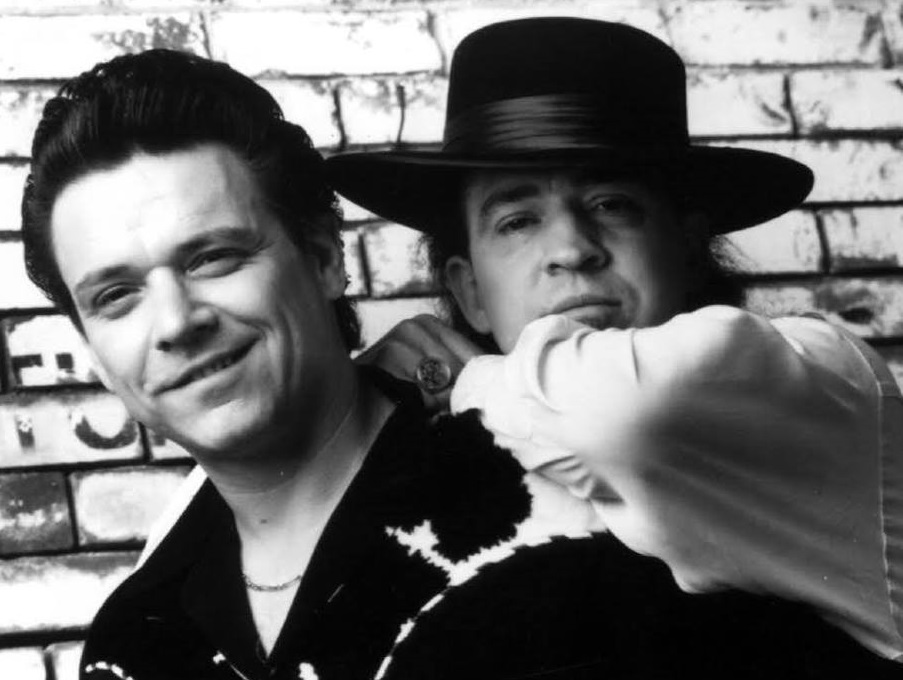 From Nowhere : The Story of the Vaughan Brothers

"The boy came from nowhere and went everywhere,” singer Lou Ann Barton’s said after Stevie Ray Vaughan’s tragic death. Both Jimmie Vaughan and his younger brother Stevie Ray went from a small, frame house in Oak Cliff, Texas, to become guitar heroes, selling millions of records and playing alongside legendary rockers such as David Bowie, Jimi Hendrix, Eric Clapton, Jackson Browne and Carlos Santana. Using never-before-seen photos and home movies this is the story of their rise from a working-class neighborhood to the top of the rock & roll pyramid, as told by Eric Clapton, Jackson Browne, Billy Gibbons, Nile Rodgers, Jimmie Vaughan and a host of their early bandmates and friends.