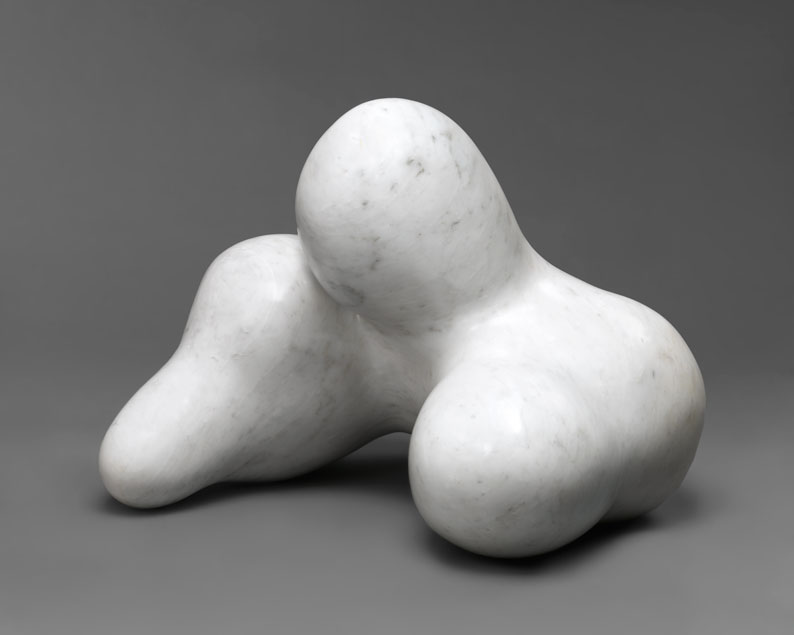 The Nature of Arp

The Nature of Arp provides a long-overdue look at the achievements of Jean (Hans) Arp (1886-1966), one of the most important and multifaceted artists of the modern era.  As a founder of the international Dada movement during World War I, Arp pioneered the use of chance, spontaneity, and collaboration as artistic processes and subsequently developed a vocabulary of curving, organic forms that was to become the lingua franca for several generations of artists.

Arp’s sculptures, begun in the early 1930s, often have no use for a pedestal, can be turned in different orientations, and seem to pulse with incipient life. In later years, he put his sculptures through complex processes of fragmentation, casting, recasting, and enlarging. Almost alone among artists of his generation, Arp worked at the forefront of abstraction as well as the Dada and Surrealist movements.  The Nature of Arp will present a compelling new look at an artist whose experimental approach to creation, radical rethinking of traditional art forms, and collaborative proclivities resonate with the wide-ranging character of art today.

In a 1920 text, Arp declared that he wanted “immediate and direct production, like a stone breaking away from a cliff, a bud bursting, an animal reproducing.”  The Nature of Arp will explore how Arp achieved this ambition through creative strategies analogous to the operations of nature, including his engagement with “the laws of chance,” his definition of art as “a fruit growing out of man,” and a crucial, often overlooked, aspect of his creative process—the role of fragmentation, evoked by the artist’s image of a stone breaking away from a cliff: throughout Arp’s career, he created art by cutting, tearing, and sawing apart paper, wood, and plaster.

Bringing together more than 80 objects, including sculptures, reliefs, collages, drawings, textiles, and books, The Nature of Arp will include works drawn from prominent U.S. and European museums, foundations, and private collections. Organized by the Nasher Sculpture Center, the exhibition will be accompanied by a richly illustrated catalogue including essays by several authors, including Catherine Craft, Nasher Curator and curator of the exhibition.