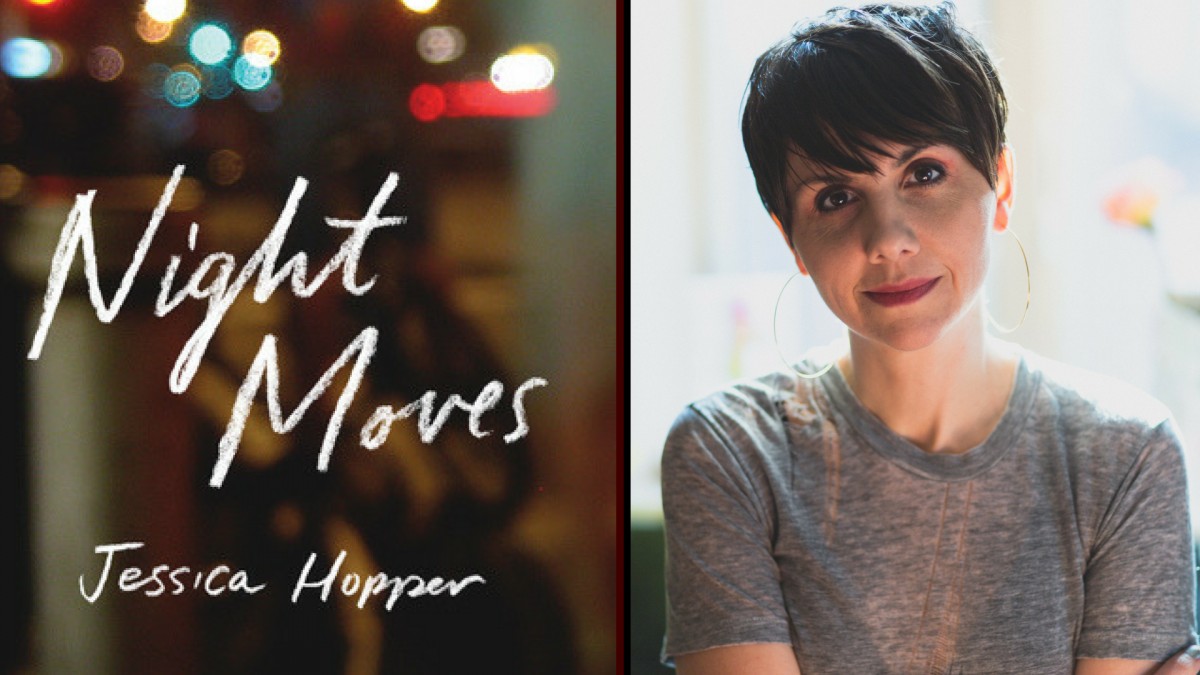 Join us for a not-to-be-missed conversation with music critic and author Jessica Hopper as she presents her newest work: NIGHT MOVES.

"In NIGHT MOVES, Jessica Hopper opens the window to a past that might have been my past, or your past, or the past of someone you know. It is a book of poems, it is a memoir, it is a living journal, all at once. This is the best writing -personal, but with two arms held wide open to invite you in. Night Moves is a book teeming with genorisity. It gives and gives and asks only for an eager imagination in return." -Hanif Abdurraquib, Author of They Can't Kill Us Until They Kill Us.

Written in taut, mesmerizing, often hilarious scenes drawn from 2004 through 2009, Night Moves captures the fierce friendships and small moments that form us all. Drawing on her personal journals, Jessica Hopper chronicles her time as a DJ, living in decrepit punk houses, biking to bad loft parties with her friends, exploring Chicago deep into the night. And, along the way, she creates an homage to vibrant corners of the city that have been muted by sleek development. A book birthed in the amber glow of Chicago streetlamps, Night Moves is about a transformative moment of cultural history—and how a raw, rebellious writer found her voice.

Jessica Hopper is a music critic and the author of The First Collection of Criticism By A Living Female Rock Critic. She was formerly the Editorial Director at MTV News, and an editor at Pitchfork and Rookie. Her essays have appeared in Best Music Writing for 2004, 2005, 2007, 2010, and 2011. Her book The Girls' Guide to Rocking was named one of 2009's Notable Books For Young Readers by the American Library Association.