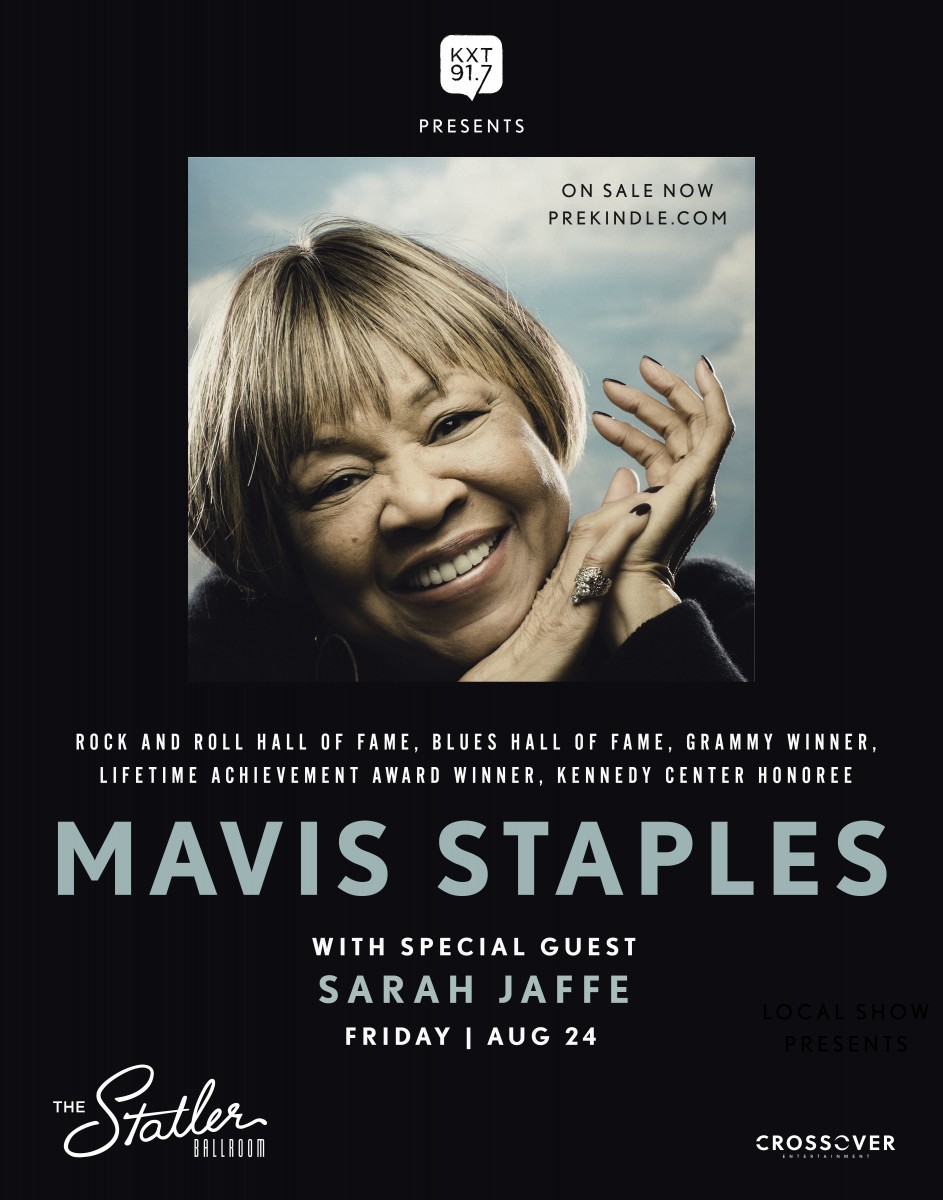 The Statler is thrilled to host another musical legend in the historic Statler Ballroom! The Jackson 5, Sinatra, Tony Bennett and others performed at The Statler when it originally opened in 1956. Now in 2018, The Statler is honored for Mavis Staples to grace The Statler stage during our inaugural re-opening year.

Mavis Staples is living, breathing history. She is an alchemist of American music, having continuously crossed genre lines like no musician since Ray Charles. Weaving herself into the very fabric of gospel, soul, folk, pop, R&B, blues, rock and hip-hop over the last 60 years, this iconic singer has seen and sung through so many changes, always rising up to meet every road. Mavis has been crowned with many prestigious awards over her lifetime and recognized for her recordings and performances with her family's band The Staple Singers and her solo career.

Staples was inducted into the Rock and Roll Hall of Fame in 1999 and the Blues Hall of Fame in 2017. In 2005, Mavis and the Staple Singers were honored with a Grammy Lifetime Achievement Award. In 2011, Staples won her first Grammy award in the category for Best Americana Album for You Are Not Alone.