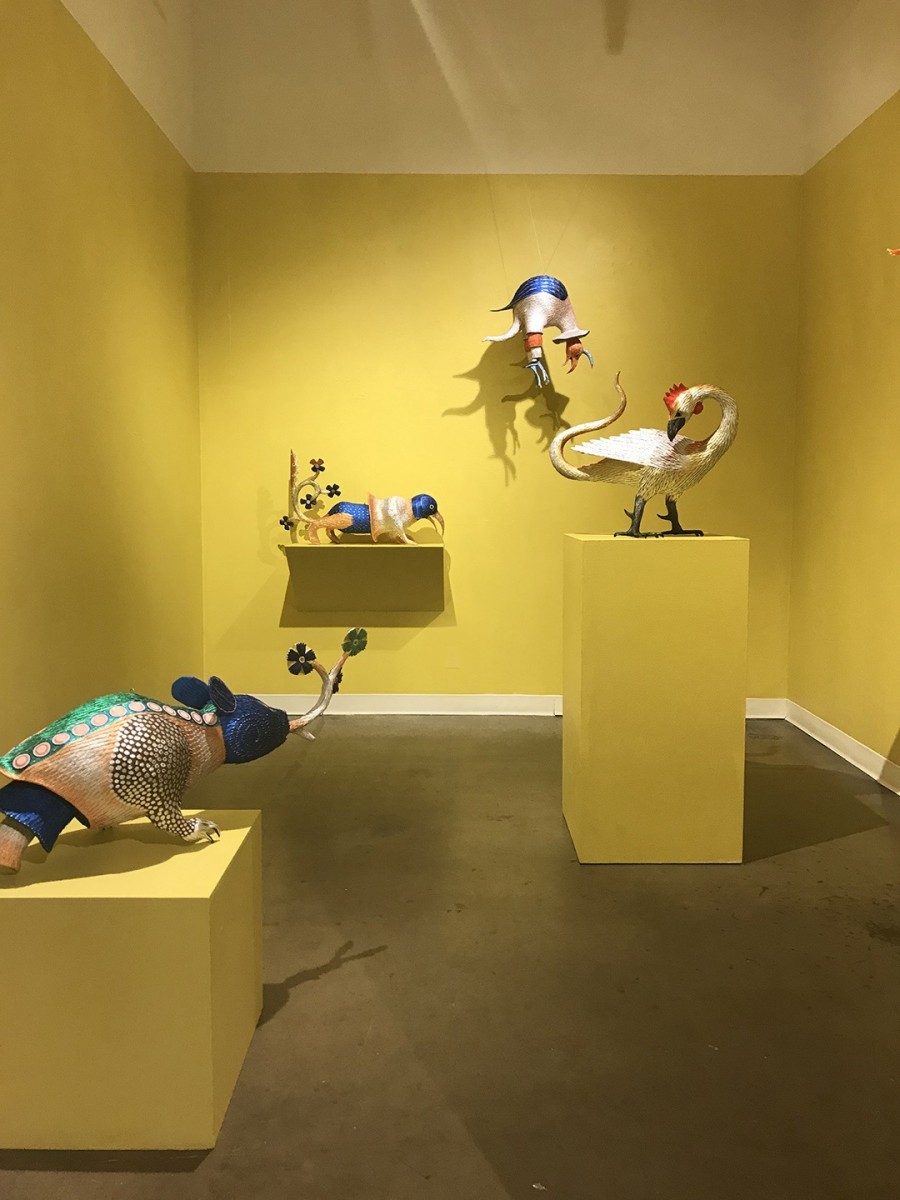 Roberto Benavidez’s first piñata forms were three‐dimensional representations of the macabre creatures
found in Hieronymus Bosch paintings.  With Illuminated Piñata, his first exhibition of
work in Dallas, Benavidez will present a body of beautifully crafted sculptural work based on
creatures and characters that inhabit the illuminated texts of Medieval Psalms including The
Luttrell Psalter (c. 1325‐1335), Medieval Bestiary (c. 1210‐1220) and The Book of Hours (1410).
His subject matter touches upon the religious background of piñatas and their use in Latin
culture.  Using the traditional method of creating piñatas, Benavidez is able to explore issues
that surround race, sexuality, art, religion, humor and beauty.