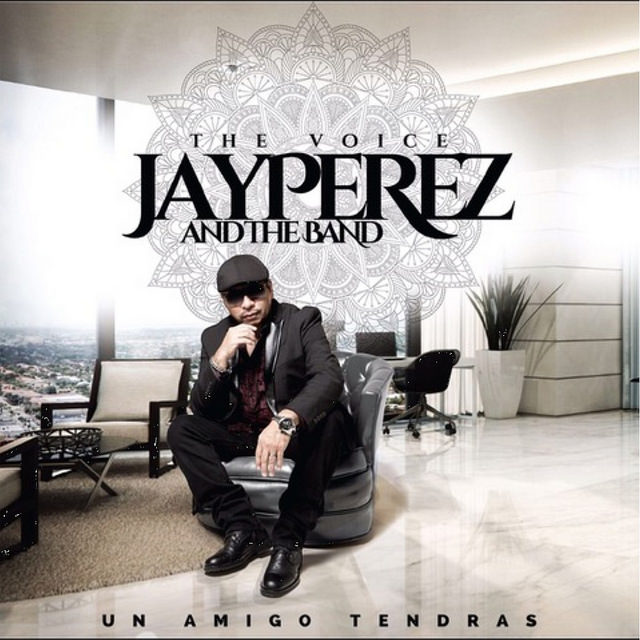 Jay Perez and The Band

Known to his legion of fans as “The Voice,” Jay Perez has won numerous Tejano music awards, including Male Vocalist of the Year and Male Vocalist of the Decade. Jay started his musical career as a drummer. He was then asked by fellow musician Oscar Montemayor (David Lee Garza y los Musicales) to sing for him. Oscar went on to get Jay an audition with the band, The Latin Breed. Jay showed up expecting to sit behind a drum set, which made the Latin Breed drummer at the time, Richard Soliz, laugh since on the stage there was only a microphone. Jay stayed with The Latin Breed for about a year, then auditioned with David Lee Garza y los Musicales and sang with them for two and a half years. He started his solo career in the ’90s, gathering the best Tejano musicians in the industry for his band, which became known as “The Band,” and have won numerous awards for their studio work. Jay’s latest recording, Un Amigo Tendras, was released in 2016. In February, the flag over the state capitol was flown in honor of Jay’s 25-year career in Tejano music.

Concerts are free and family-friendly. The Levitt Pavilion is located at 100 W. Abram St. in Founders Plaza on the corner of Abram and Center streets. For directions and parking, please see Directions & Parking. The Levitt is an open-lawn seating, outdoor concert venue. Visitors should bring lawn chairs or blankets to sit on. Picnics and coolers are welcome. Please do not bring glass containers to the Levitt. Concessions are sold at the Levitt, including beer and wine. For additional information, please visit our FAQs, call the 24-hour information line at 817.543.4301, or email [email protected].