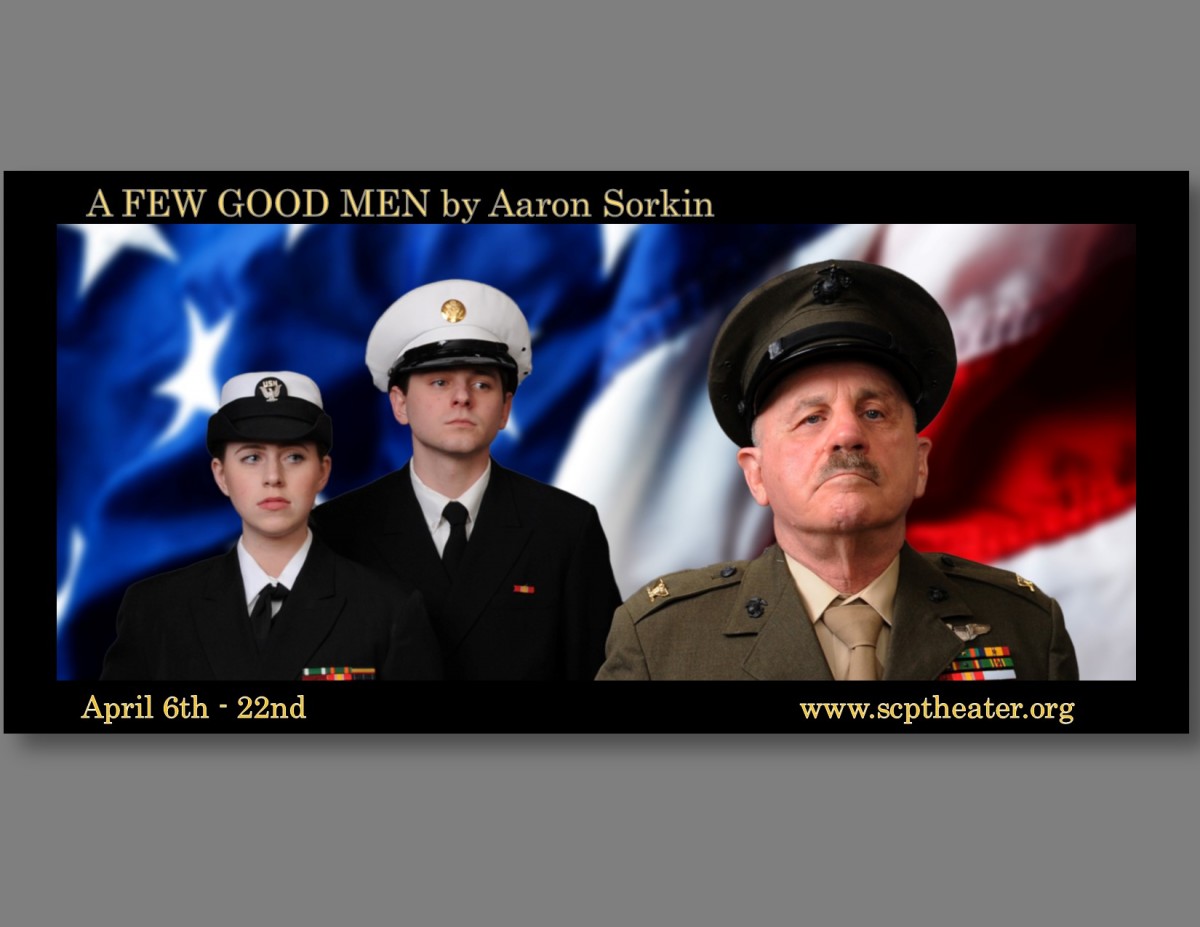 Featuring an all-star cast, the Sherman Community Players are proud to be producing Aaron Sorkin’s courtroom drama “A Few Good Men”.  Sorkin, creator of the NBC’s “The West Wing”, HBO’s “Newsroom”, as well as countless other films: “The Social Network”, “The American President”, wrote the play while bartending at a Broadway Theatre in NYC.  “A Few Good Men” was a Broadway hit and quickly went onto become an Academy Award Nominated film starring Tom Cruise and Jack Nicholson.

“A Few Good Men” follows the trial of two Marines for complicity in the death of a fellow Marine at Guantanamo Bay, A Navy lawyer is assigned to the case—expecting to plea bargain his way out of a trial case; he is prodded by a female member of his defense team to go the distance—fighting for the truth and for justice, the defense team puts the military mentality and the Marine code of honor on trial.

Tickets for a “Few Good Men” go on sale to the general public beginning on April 4th at 10 am, reservations can be made by calling the box office at 903.892.8818 or by visiting www.scptheater.org and purchasing tickets online.