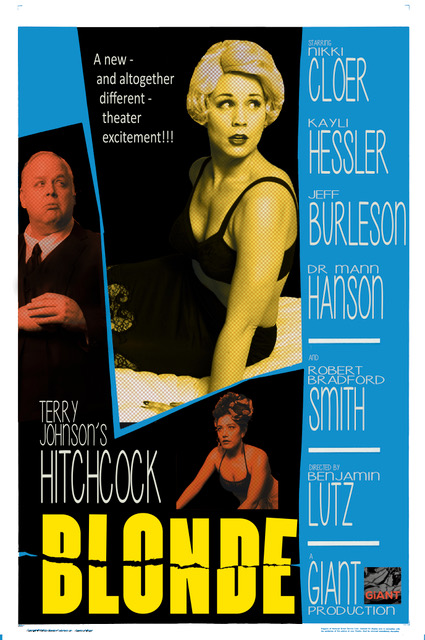 A clever and surprising drama featuring the iconic Alfred Hitchcock. Hitchcock blonde intertwines three stories; Alex, a media professor suffering from a mid-life crisis invites one of his students to Greece to examine a long-lost film fragment that Hitchcock made in 1919. Meanwhile, in 1959, Hitchcock is auditioning an actress for the shower scene of his film Psycho. And finally, the lost film is recreated, arguably explaining the director's obsession with persecuted blondes.

A play about sex and desire, and what happens when you have either without the other. It is also a detective story, a biographical fantasy, an intellectual comedy. . . a play about life in films and films in life, about predators and victims. Don't miss these fantastic performances!

For tickets and info visit: www.giantentertainment.org