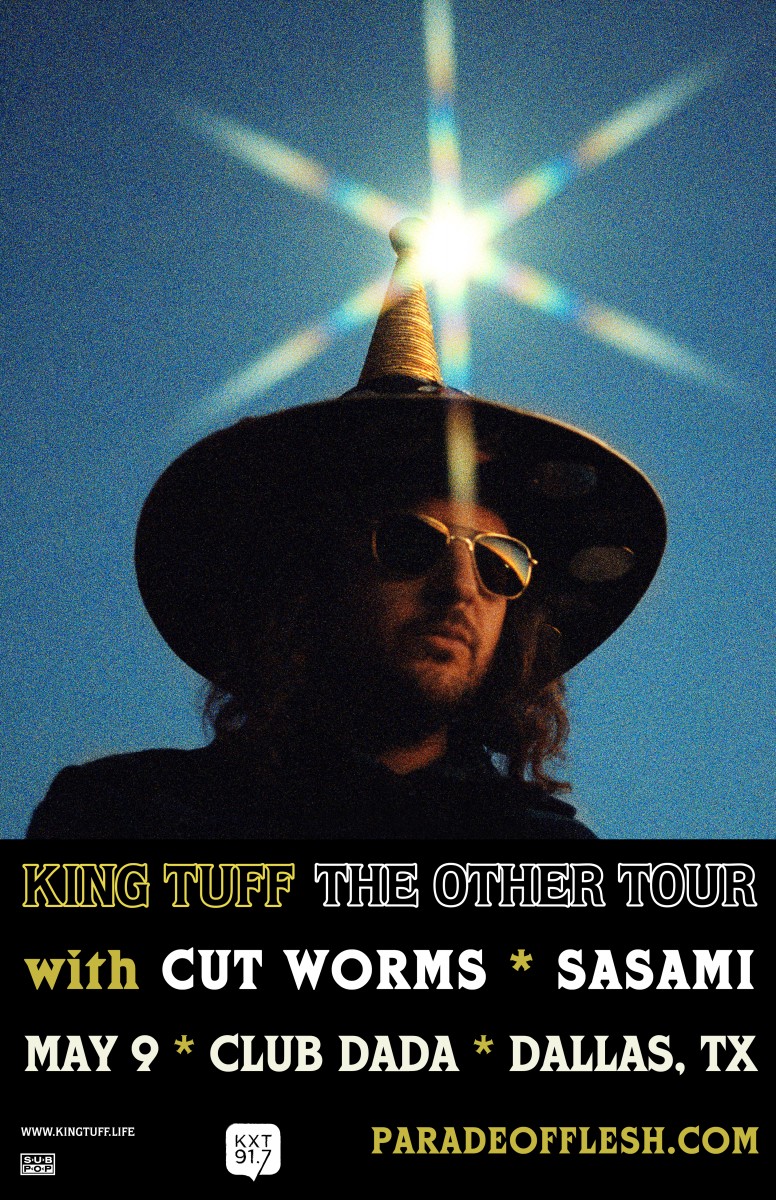 King Tuff is supported by Cut Worms and SASAMI.

The Other marks a new chapter for King Tuff. "I was a lost soul, I didn’t know who I was anymore, I just sat there staring out the window. So I went down deep into the void for a few years. And while I was there I found some worms, some crazy flowers, and some songs. These songs blasted me back into the sunshine. They saved me and I’m more excited about this record than I have been in a long time. Come join me in The Other."

SASAMI (Sasami Ashworth) has been making music in the Los Angeles area, in almost every way you can, for the last decade. From playing french horn in orchestras and studios, to playing keys and guitar in local rock bands (Dirt Dress, Cherry Glazerr), to contributing vocals/string/horn arrangements to studio albums (Avi Buffalo, Curtis Harding, Wild Nothing, Hand Habits etc.) and producing tracks for other respected artists (Soko), she has gained a reputation as an all-around musical rockstar. She spent the last two and half years as a so-called “Synth Queen,” touring the world non-stop and making records in the band Cherry Glazerr and is taking a turn this year to put out her long anticipated solo album in the fall of 2018.