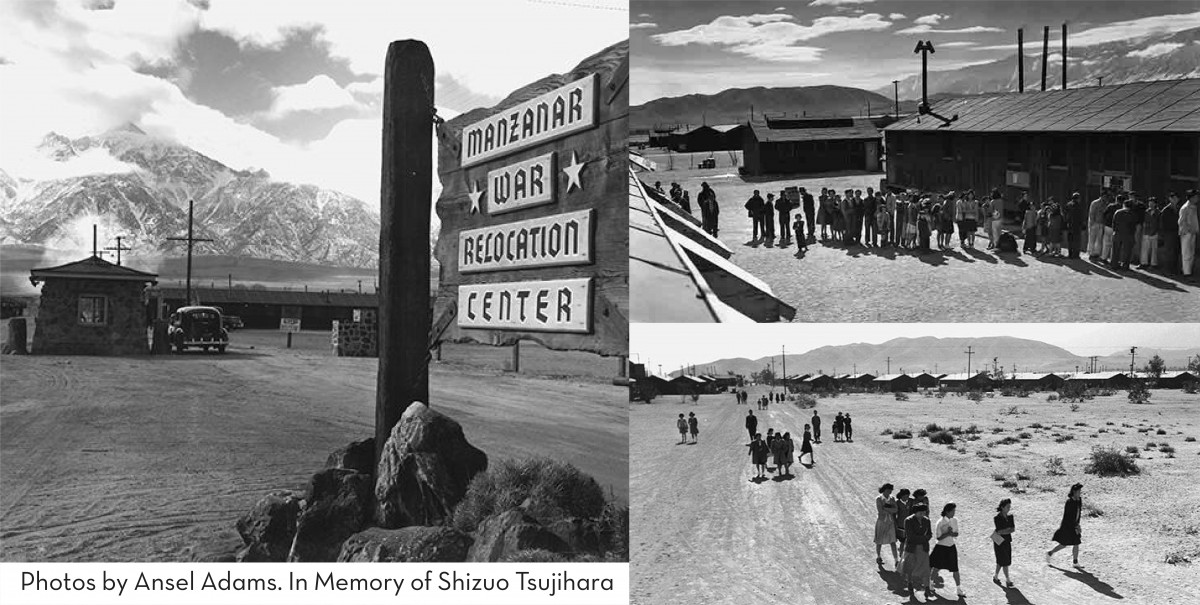 Manzanar: The Wartime Photographs of Ansel Adams is an exhibit of photographs taken by famed Western landscape photographer Ansel Adams at the Manzanar War Relocation Center in California between 1943 and 1944. His photographs remind us of a time when American citizens and residents were denied their freedoms and rights due to their ancestry.

The Japanese attack on Pearl Harbor on December 7, 1941 brought the United States into World War II. The attack led to insecurity and distrust among U.S. citizens, and Japanese Americans were viewed as threats to American security. On February 19, 1942, President Roosevelt signed Executive Order 9066, which allowed American citizens and residents of Japanese descent to be interned. Between 110,000 and 120,000 people were forcibly relocated to ten internment camps on the West Coast and in the Midwest.

Adams was invited by Ralph Merritt, Manzanar’s director, to photograph camp internees in 1943. Adams captured their daily life as they strived to establish a home near the Sierra Nevada Mountains. The series shows Japanese American perseverance despite losing their homes, property, and civil rights.

Adams protested this incarceration through his book Born Free and Equal: The Story of Loyal Japanese Americans. Published in 1944, the book was criticized for being unpatriotic.

The exhibit runs through August 7, 2018, and was organized by Photographic Traveling Exhibitions, Los Angeles, CA.

In Memory of Shizuo Tsujihara

Japan-America Society of Dallas/Fort Worth