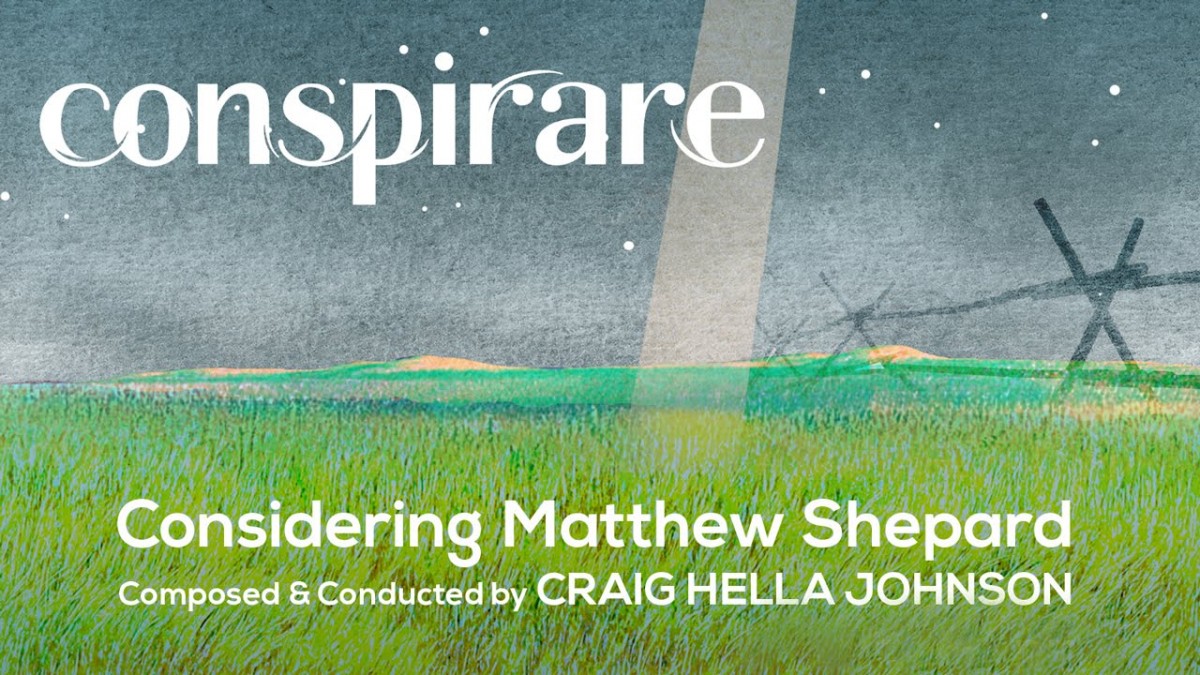 Conspirare is a Grammy-winning and internationally recognized choir with a reputation for “expanding the boundaries of choral performance” (Wall Street Journal).

In 1998 Matthew Shepard, a young gay student at the University of Wyoming, was kidnapped, severely beaten, tied to a fence, and left to die in a lonely field under a blanket of stars. Approaching the eve of the 20th anniversary of Shepard's death, Conspirare’s Artistic Director, Craig Hella Johnson, has responded by composing his first concert-length work, Considering Matthew Shepard, which earned a 2017 Grammy nomination and a standing ovation at Boston's Symphony Hall.

This Dallas premiere showcases the award-winning artistry of Conspirare’s nearly 30 singers with a chamber ensemble of renowned instrumentalists. Johnson sets a wide variety of soulful and poetic texts ranging from Hildegard of Bingen to Rumi, as well as passages from Shepard’s personal journal and newspaper reports. The Washington Post praised it, saying, “Like Bach’s large-scale choral works, this spellbinding piece draws on many styles masterfully juxtaposed. . . . spoken text, cowboy song, American hymnody and popular song, spirituals, jazz and dazzling polyphony, all woven into a seamless tapestry. . . . [It] demonstrates music’s capacity to encompass, transform and transcend tragedy.”