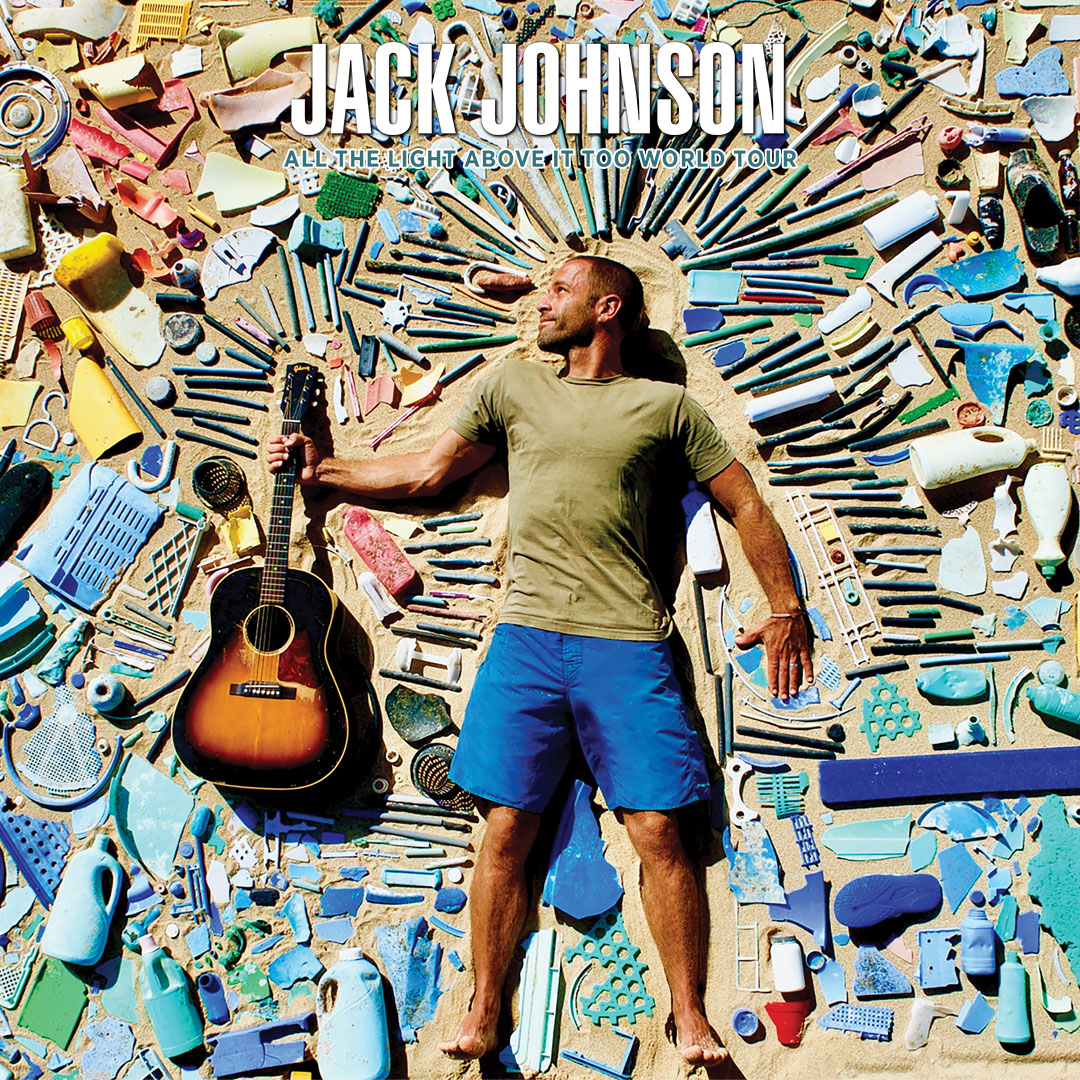 Jack Johnson grew up surfing and playing guitar in Hawaii. Since 2001, he has released 7 studio albums and 2 live albums that have sold over 25 million copies worldwide. His Brushfire Records label and touring crew have been leaders in the greening of the music industry and his All At Once social action network connects fans with local non-profits at each tour stop. Jack, with his wife Kim, founded the Kokua Hawaii Foundation to support environmental education in Hawaii's schools and communities, as well as the Johnson Ohana Foundation to support environmental, art and music education worldwide. The total of these album and tour profit donations, along with Johnson’s personal charitable activities, have resulted in over $30 million donated to charity since 2001. All The Light Above It Too is Johnson’s first release since 2013’s chart topping From Here To Now To You.