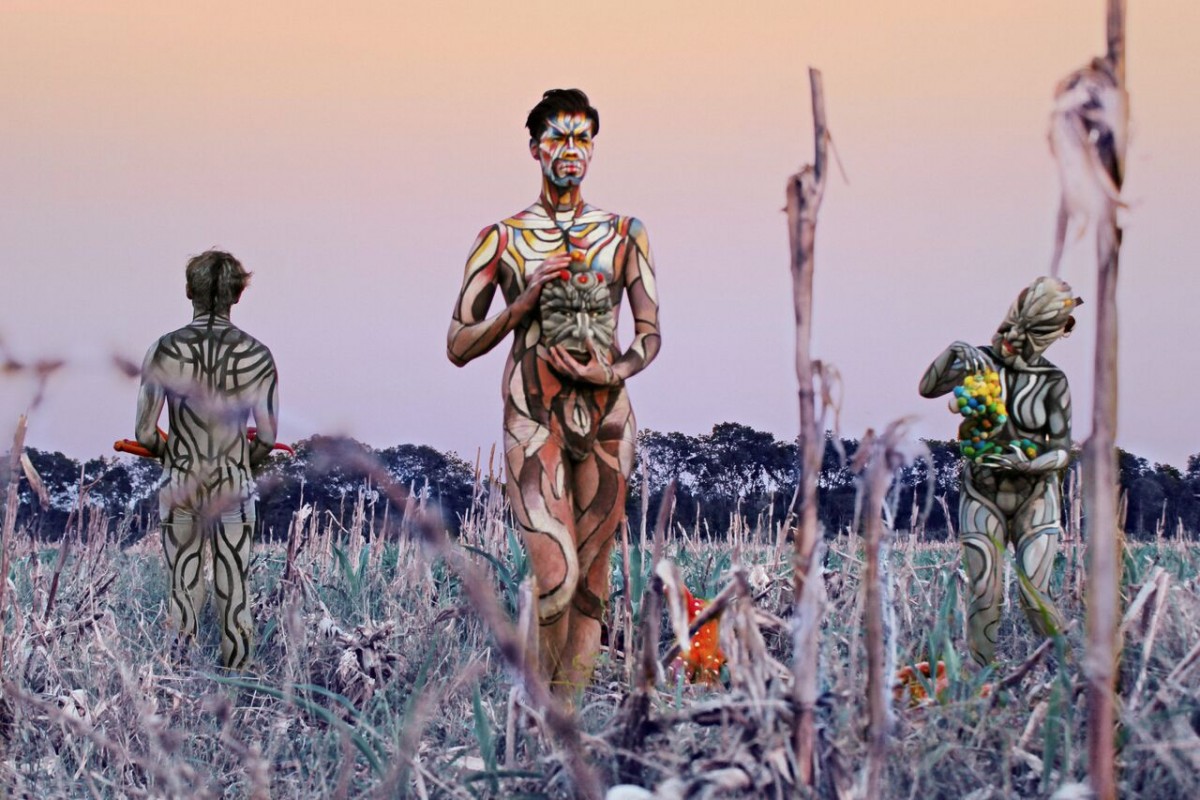 Ro2 Art is pleased to present ‘Through the Dark Place,’ a solo exhibition featuring new works by artist C. Mark Burt. The show will run from December 9, 2017 through January 6, 2018. There will be an opening reception held Saturday, December 9, from 7-10 p.m. at Ro2 Art, located at 1501 S. Ervay Street in Dallas’ Cedars neighborhood.

Mark Burt is known for the highly imaginative creatures and otherworldly realms that he creates. Burt’s upcoming show Through the Dark Place serves to expand on his carefully crafted world which is inhabited by vaguely humanoid creatures called Mugawumps. Desperately searching for happiness in a desolate and uncertain world known as the Dark Place, the Mugawumps are faced with plentiful distractions, or Cuddle Doobies, that keep them from achieving their goals. Cuddle Doobies are plant-like creatures that represent the frivolous distractions that are so prevalent in everyday life – sound familiar? However alluring the Cuddle Doobies may seem, the Mugawumps must keep on trudging through the Dark Place in order to achieve true happiness.

Burt asserts that his work adapts to the perspective of the observer, encouraging viewers to project their own dreams and distractions onto these fascinating creatures. In Through the Dark Place, Burt presents a much more tangible view of his fantastic world by staging hand-painted, costumed actors alongside his felted Cuddle Doobie sculptures to portray the Mugawumps in desolate landscapes. Burt’s exciting new experimentations and methods bring the Dark Place to life in a revealing light, blurring the line between what is human and what is Mugawump.

C. Mark Burt is an artist and mentor from Bossier City, Louisiana where he creates pieces of an alternate realm using various means. Mark’s works vary in material, but all are amalgamations inspired by his mentors, his friends, and his competition.

After spending his formative years creating doodles influenced by the sci-fi movies of his childhood, Mark decided to truly hone in on his skills during his time under the tutelage of artists, including Lee Baxter Davis, at East Texas State University. There, using inspiration from artists like Albrecht Dürer, cartoonist Basil Wolverton, and British artist Lucian Freud, he began his artistic journey.

A friendly sort of competition was born during his time in Texas, and it is his colleagues and friends who push him to go further into his artistic endeavors. Burt fell into a group of creators who were drafting their own universes through the narrative of their works, and his creations followed suit. They would later become unofficial members of the Lizard Cult, a collective of artists from the East Texas area.

After his time in East Texas, Mark came back to Shreveport-Bossier City where he now teaches Visual Arts at Talented Arts Program in Bossier City and occasionally mentors younger artists. He also has a studio in Shreveport at Red Handed Tattoo parlor where he works studiously on his visceral illustrations, paintings, and sculptures.