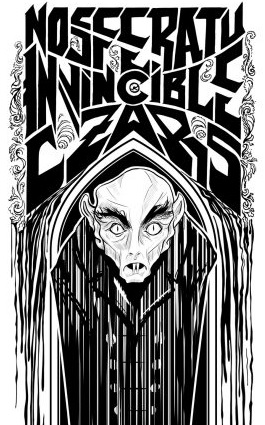 "Nosfertatu" with Live Score by The Invincible Czars

The band borrows music from the classical realm in their scores. For Nosferatu, they chose Bela Bartok’s Romanian Folk Dances in a nod to the fictional Count Orlock’s home turf and because the pieces were composed around the same time as the movie was made.