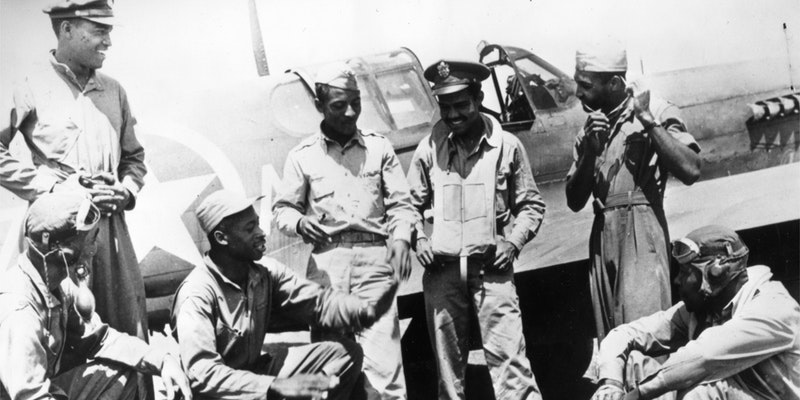 Join us for a screening of the 1995 HBO Film The Tuskegee Airmen starring Laurence Fishburne.

It is 1943 and the Germans are winning the Second World War as the U.S. suffers huge losses on the ground and in the air. Four newly recruited pilots are united by a desire to serve their country at time when black flyers are not welcomed in the Air Force. The men they call "The Tuskegee Airmen" must undertake the riskiest mission of their lives to prove to America that courage knows no color. Their success could earn them respect, save lives and help win a terrible war. Their failure could destroy more hopes and dreams than their own.

Presented by the Dallas Holocaust Museum/Center for Education and Tolerance