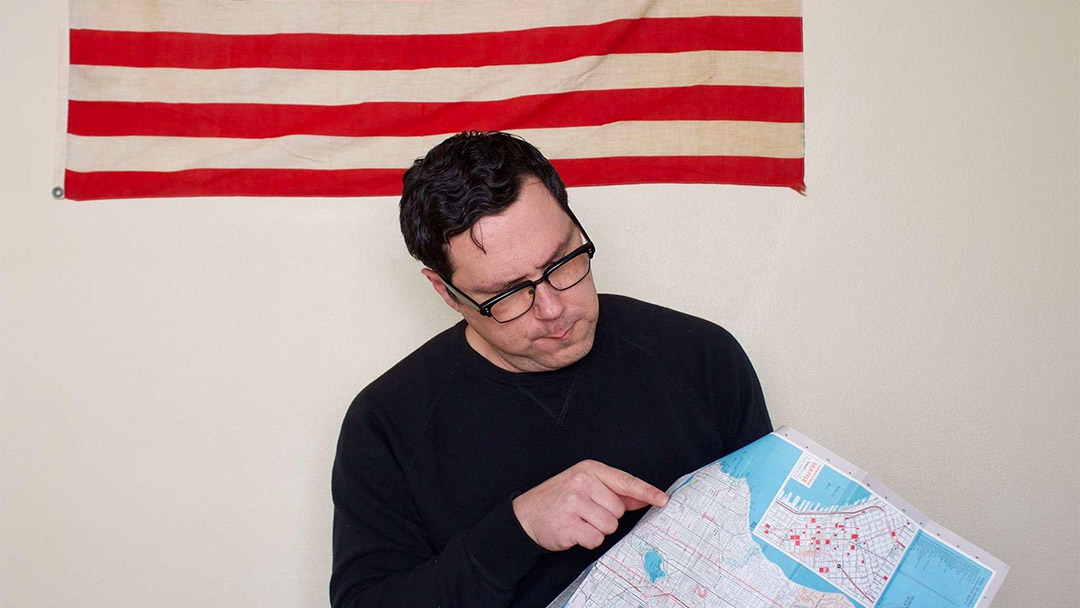 Join us for a very special evening at our backyard with Damien and Jacob Metcalf.

Urban folk singer/songwriter Damien Jurado quietly built up one of the strongest catalogs on the indie scene, earning high critical praise yet somehow never quite getting his proper due. Nick Drake had a definite impact on much of his work, but Jurado modeled his career on more idiosyncratic, unpredictable figures like Neil Young, Bob Dylan, Lou Reed, and Randy Newman—songwriters who followed their own muse wherever it took them, whether fans and critics enjoyed it or not.

His independence was born at least in part from the influence of punk, and one of the results was a concern for emotional authenticity that led him to delve into other people’s lives instead of his own. Many of Jurado’s best songs spun concise, literate tales of quiet, everyday despair, which often earned him comparisons to short story writer Raymond Carver. But his storytelling bent—not to mention his ambivalence toward confessional material—arose from a stronger grounding in traditional folk than spiritual compatriots like Elliott Smith or Cat Power. And with detours into pop, roots rock, full-fledged electric indie rock, psychedelia, and even found-sound experiments, Jurado ensured that his body of work was impossible to accurately pin down.

Tickets on sale for immersive Frida Kahlo exhibit in Dallas

How North Texas arts venues are managing COVID safety, including testing and masking