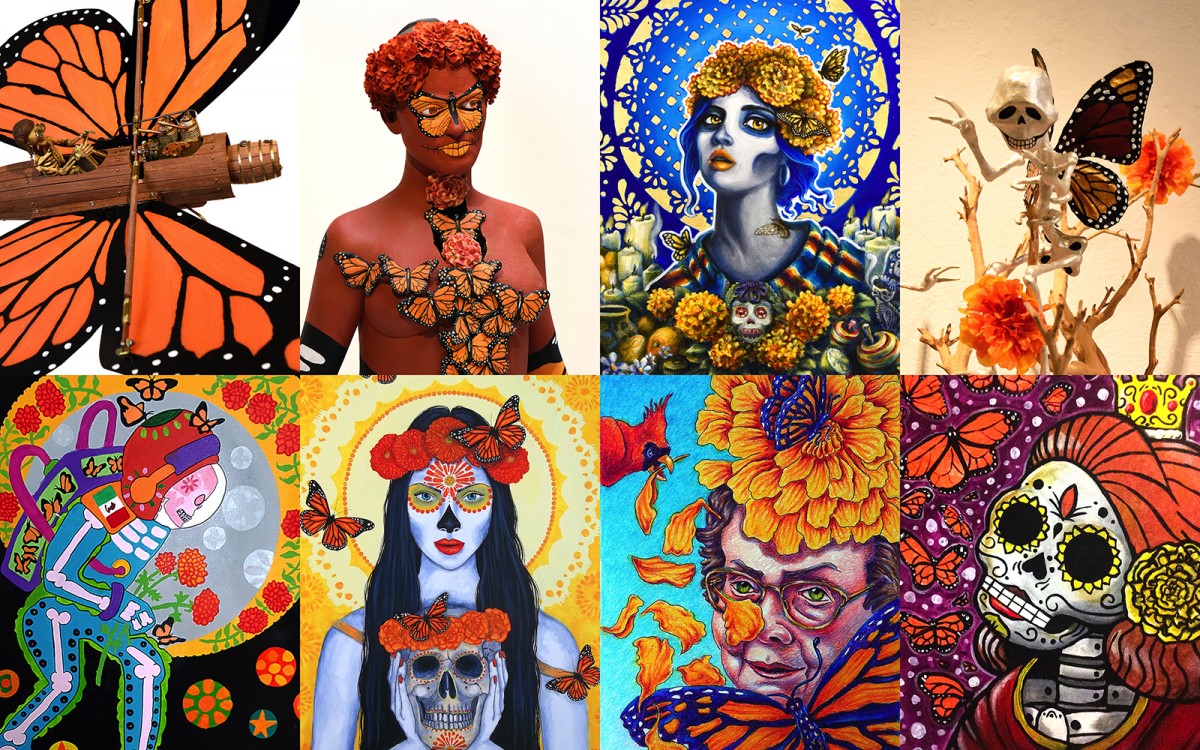 Wear your favorite Day of the Dead costume and makeup and/or butterfly wings.

The Bath House Cultural Center presents the 31st annual Día de los Muertos: The Path of Winged Souls, an eclectic exhibition that includes traditional and contemporary works of art that celebrate the Day of the Dead.

For years, the celebration of the Day of the Dead has inspired many artists to create artwork that is moving, awe-inspiring, and diverse.  Given the multifaceted aspects of the Day of the Dead, artists have always had the opportunity to explore the celebration from multiple perspectives.  The Bath House Cultural Center applauds the artists who, over the years, have created a richly eclectic collection of art for its annual exhibition. In recent shows, however, the center has directed artist to turn their focus to a particular component of the ancient Mexican Día de los Muertos tradition.  This thematic emphasis not only gives the public a chance to appreciate historically accurate elements of the celebration that are not explored as frequently but also enables artists to draw inspiration from sources that they had possibly not considered in the past.

In 2017, the central focus of the Día de los Muertos exhibition is Day of the Dead-oriented artwork that prominently features monarch butterflies and marigold flowers (known in Mexico as the Flowers of the Dead or cempazuchitl).

A belief held by people from ancient Mesoamerican cultures (and some people today) is that, during the celebrations of the Day of the Dead, the spirits of the departed are given permission to return to the world of the living to visit their families.  Some people also think that the returning spirits require assistance to find their way home as the passage from the world of the dead to our world might be filled with darkness.   To aid the spirits, according to the tradition, homes and altars are marked with the brightly colored petals of marigold flowers to create a path of light that shows the departed souls the way to their loved ones.

The monarch butterflies, migrating back in large numbers to Mexico during the festivities of the Day of the Dead, have a symbolic significance as well because they are perceived as the spirits of returning loved ones making their way back home.  Because of their deep-rooted association with the honoring of the dead, the monarch butterflies and the flowers of the dead are cherished and perceived with admiration in many parts of Mexico and Latin America.

Enrique Fernández Cervantes, Curator of Exhibitions of the Bath House Cultural Center and the City of Dallas Office of Cultural Affairs, has curated the Día de los Muertos show since 1999.