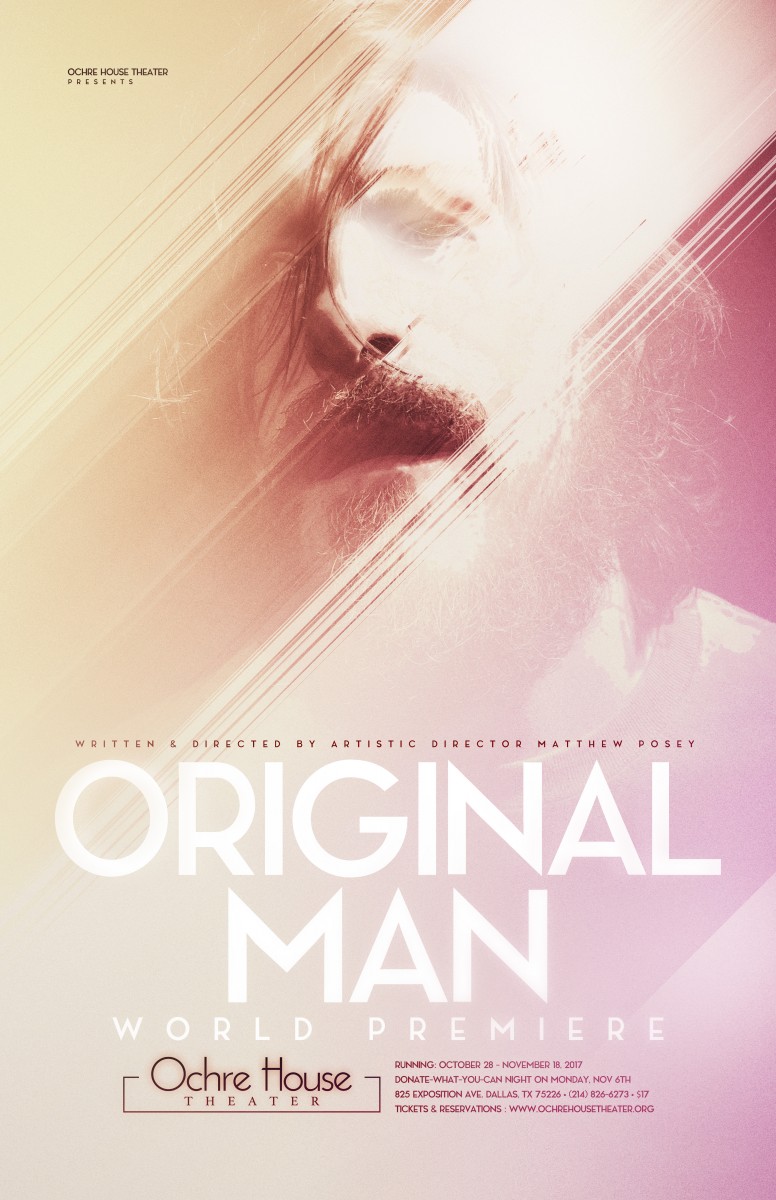 Ochre House Theater is pleased to present the world premiere of ORIGINAL MAN written and directed by Artistic Director Matthew Posey - A riveting musical about Joe, a young man fighting to be free from an abusive father and a cruel, ruthless existence through an imaginary world he creates. With original music, magic realism, spectacle, and riveting tour de force performances, ORIGINAL MAN  speaks to the resilience of the soul and to undying hope in the face of adversity. Everyone dreams to become an Original Man.

*Half of box office proceeds on Saturday, November 4th will be donated to “Unidos”: a relief fund governed by The Hispanic Federation, benefitting victims of Hurricane Maria in Puerto Rico.*