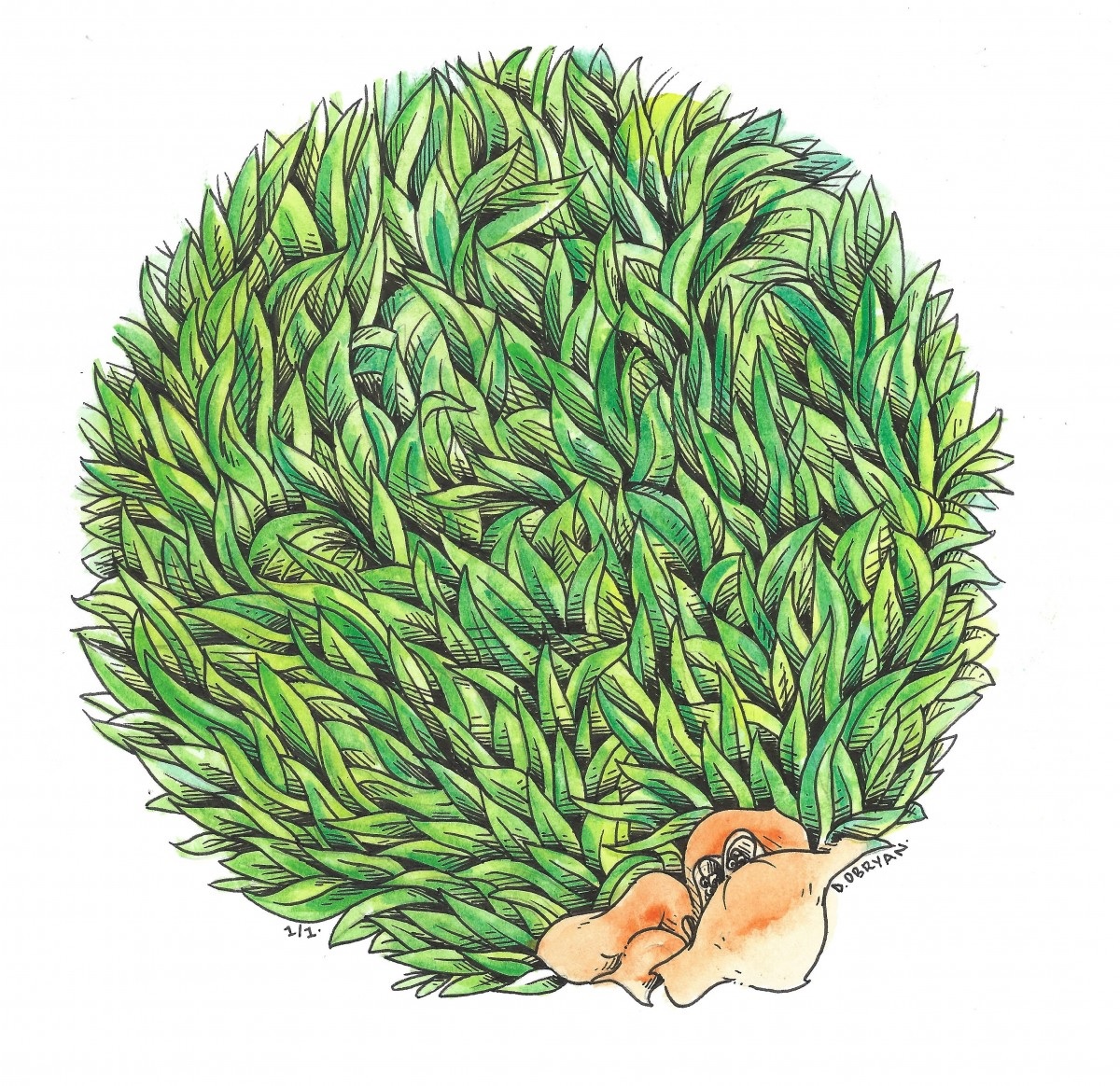 Working primarily in drawing and painting, Dyemond Obryan’s approach to art-making is like that of a Zen Buddhist. His work doesn’t address one singular subject nor does it rely on any kind of defined doctrine. A self-taught artist, illustrator, and cartoon enthusiast, Obryan traveled as a semi-professional skateboarder in his youth and has maintained aspects of the skateboard culture in his practice, in his subject matter, and in his enthusiasm for drawing.

With a body of work that combines skate subculture, comics, humor, and the beauty of the everyday, Obryan chooses to describe his work in Blue Palm as “a personal collection of an everyday process to improve his drawing skills and as an ode to his younger self, one who was glued to every comic book, cartoon, and skate magazine”. His almost ritualistic approach to art-making has allowed him to process a unique take on comics.

His attraction to comic book culture is visible in much of his work, revealed in his stylistic way of drawing, similar to that of early cartoonists. Even the title of his exhibition, Blue Palm, is a reference to Dr. Manhattan’s creation of a new world on Mars in the DC comic series, Watchmen. But Obryan draws from the pure pleasure of it, and nothing is off limits. Familiar comic characters often pop up in his work amidst references to skateboarding, his childhood home, gaming culture, nature, dog bones, and a host of other subjects. The lighthearted imagery of his work provides viewers comic relief and reveals much about Obryan as a human being.

Dyemond Obryan has designed graphics for local and national companies including Format, Most Pleasant, and NOW skateboards. His illustration work has appeared in Jenkem Magazine and he was featured in Austere Magazine Issue #15. Recent exhibitions include Building Blox, a solo show at Neighborhood in Dallas, TX. Obryan lives, works, and skateboards, just for fun in Dallas, Texas.