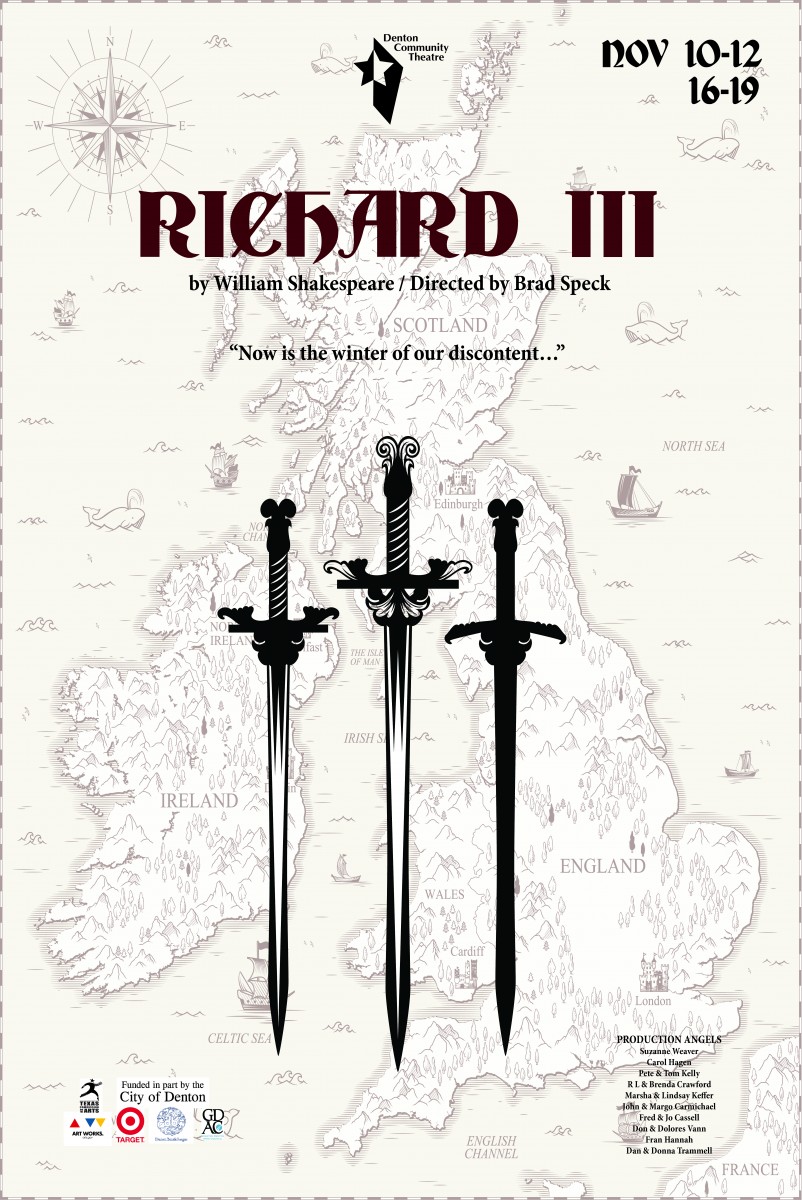 “Now is the winter of our discontent…”  This historical play, by William Shakespeare, opens with King Richard III of England’s murderously conniving rise to rule. His reign is short lived despite his schemes, as paranoia and a greed for power make rebellion against him ultimately successful. This production features a large cast, real armor, and fabulous fight scenes.