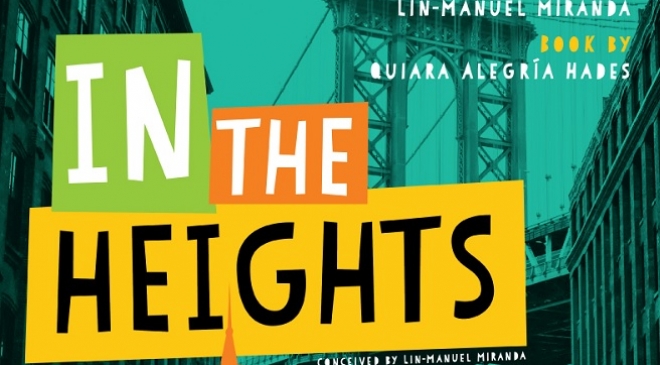 The first offering from Lin-Manuel Miranda, the genius behind the game changing HAMILTON: An American Musical (in 2018, Dallas Summer Musicals will be hosting the touring production), won five Tony Awards including Best Musical, Best Score, Best Choreography, and Best Orchestrations in 2008.  IN THE HEIGHTS is a vibrant snapshot of three days in an eclectic New York neighborhood as the residents face the changes of a world that is on the move. Powered by the sounds of summer and the rhythm of the streets, IN THE HEIGHTS features music & lyrics by Lin-Manuel Miranda and book by Quiara Alegría Hudes.

Guest Director Sandy Alvarez, member of the 1st National Tour of IN THE HEIGHTS, brings his decades long experience with Broadway Dance & Acting (featured in such shows as THE LION KING ON BROADWAY) to the students of Booker T.  From taking the students salsa dancing to bringing on professional stage managers and adjust design faculty, Sandy helms what is to be an exciting performance of an electric piece of musical theatre!

BTWHSPVA will Collect Donations for the Houston High School for Performing and Visual Arts. They had several students affected by Hurricane Harvey.

Sept. 13 will be a free night for students and the community to see our All School Musical, In The Heights. We are asking everyone to bring a donation of an item or a monetary donation that evening.