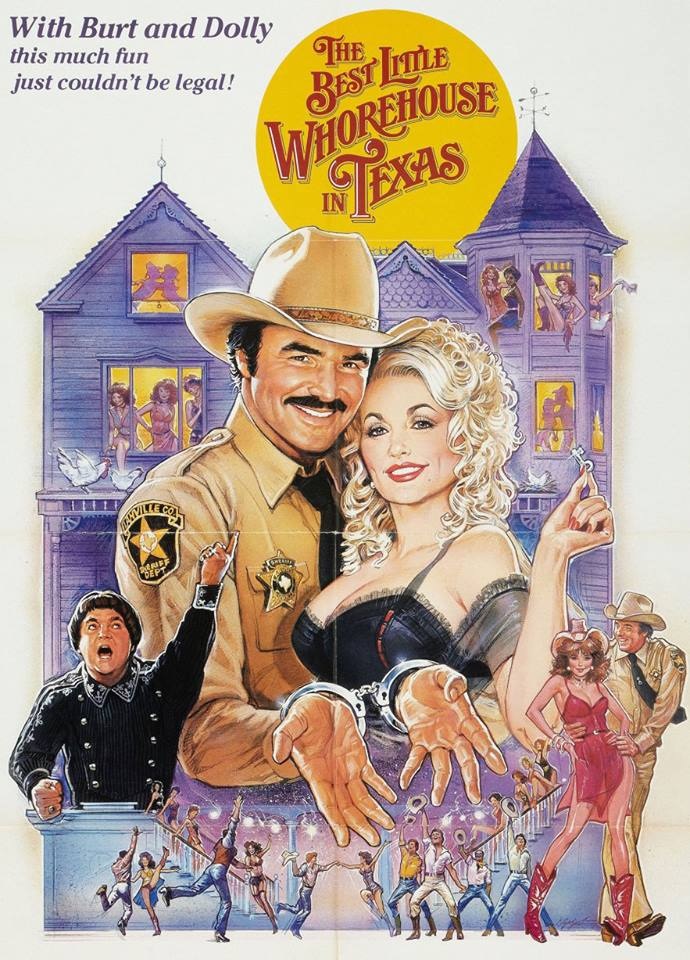 CinéWilde, the nation's only monthly LGBTQ film series, will show the 1982 musical comedy "The Best Little Whorehouse in Texas."

Even though summer's winding down, CinéWilde is heating up with the sexy 1982 musical comedy "The Best Little Whorehouse in Texas."

The film is based on a true story and directed by openly gay director Colin Higgins, director of "9 to 5" and writer of "Harold and Maude;" he died of an AIDS-related illness in 1988. This charming, naughty, satirical masterpiece features LGBTQ-ally Dolly Parton as a bordello madam and heartthrob Burt Reynolds as the conflicted local sheriff tasked with shutting down her "chicken ranch."

Our pre-show discussion will cover HIV and STI awareness and we'll also raffle off great prizes to help with the October 1st Dallas Lifewalk for HIV. After the film, stick around and play "Whorehouse Trivia" with questions about the film, Dolly Parton, sex work, the real-life whorehouse and some fun prizes! Yee-haw!!!!