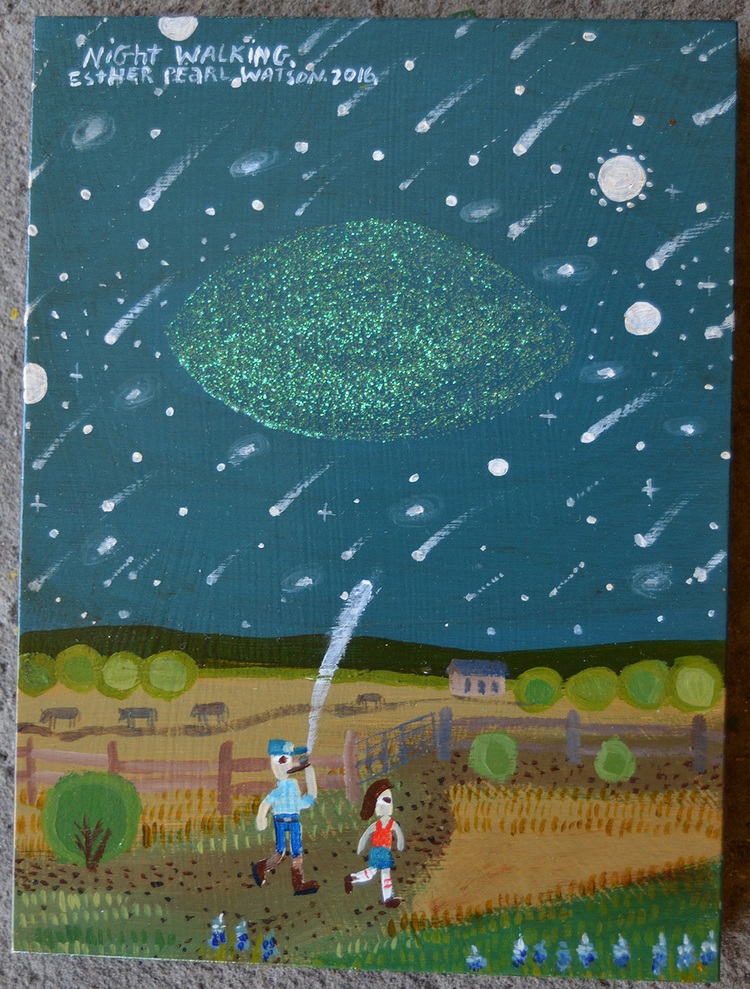 Esther Pearl Watson, born in 1973 and grew up in the DFW area with a Father who was obsessed with the idea that he could build a working flying saucer and sell it to NASA or Ross Perot. She has always been a journal keeper and most of her paintings come from her past experiences or her present day to day thoughts and dreams.

As a young girl, Esther began to draw and worked to leave home and go to art school. A few years back she received her MFA from California Institute of Art.
Esther currently divides her time between teaching full time at Pasadena Art Center College of Design, making art, illustrations, and spending time with her family.

Esther’s work is executed in a naive style with details of true painting skills and talent. Her work is narrative in nature and with her signature style, she fits the directness of folk art with a contemporary competence. In 2015-16, Esther was given the opportunity by the Amon Carter Museum in Fort Worth to design and paint a huge 10x13' painting was is installed in their atrium for a year. This piece will be included in this exhibit of Esther’s new work.

Esther’s work has something for everyone to collect or admire in its colors, humor, and our human nature of wanting to look into each other's windows as we pass by. Thus, her work has been collected by creative folks across the world including Matt Groening, creator of the Simpsons and Cindy Sherman.