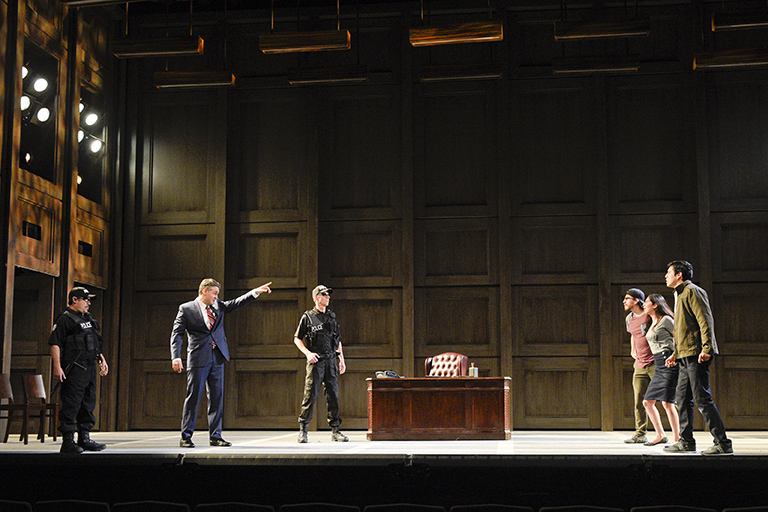 Deferred Action focuses on Javier Mejía, one of the immigrants known as DREAMers who arrived in the USA as an undocumented minor. Now, after years in the States, he finds himself caught in the tangle of existing immigration laws, new presidential policies, and the harsh reality of living in the shadows. Javier hopes that temporary administrative mechanisms like Deferred Action will be the answer to his dilemma. But will hope be snatched away? Can politicians who say they are the DREAMers’ friends be trusted? Deferred Action follows the lives, loopholes, and dangers of those who dare to dream.

Performed in English with some Spanish. Contains mature themes including the use of drugs, theatrical semi-automatic gunshots, and strong language.