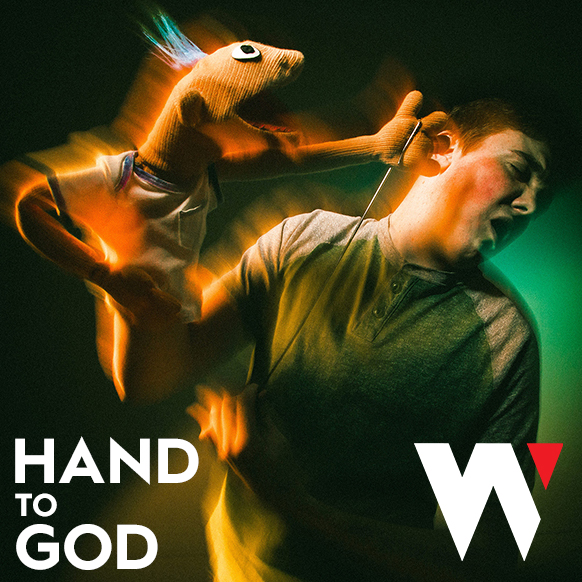 Public piety and seething lust, family dysfunction and repressed anxiety interact with explosive results in Robert Askin's darkly unsettling, foul-mouthed, and uproarious dissection of the troubled currents that roil a Christian puppet ministry in suburban Texas.  With wildly imaginative flair, Askins thrusts us into an almost surreal world where hand puppets (meant to impart moral lessons) take on frightening lives of their own. As Jason grieves the loss of his father, his devilish, and possibly possessed puppet, Tyrone, is relentless in causing havoc, revealing secrets, and exposing the hypocrisy around him. With a theatrical magic that makes puppets seem real and immediate as human actors, this immersive production will have audiences holding up a mirror to their deepest fears and imperfect natures, all with side-splitting laughter. Director Joanie Schultz's Studio Theatre production of Hand to God was nominated for six Helen Hayes Awards including Best Director.