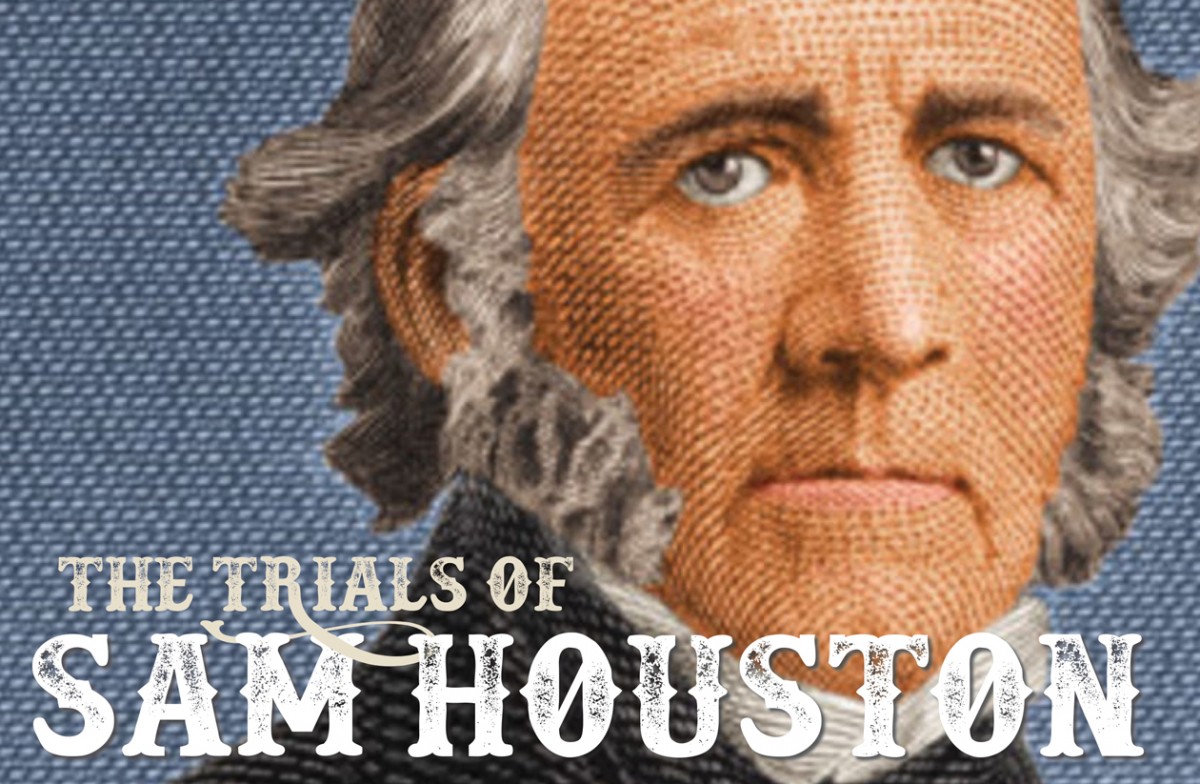 The Trials of Sam Houston

On the eve of the state’s secession in 1861, Governor Sam Houston is torn between loyalty to Texas and loyalty to the United States. As he weighs the terrible choice he must make, certain of the devastating cost of either path, Houston tells Jeff Hamilton (his office clerk and slave) of a time when he, and the Union itself, stood trial. This searing, world-premiere drama presents the true story of some of America’s most famous leaders—Andrew Jackson, Francis Scott Key, and John Quincy Adams, among others—and one man’s struggle with what it means to be brave in the land of the free.