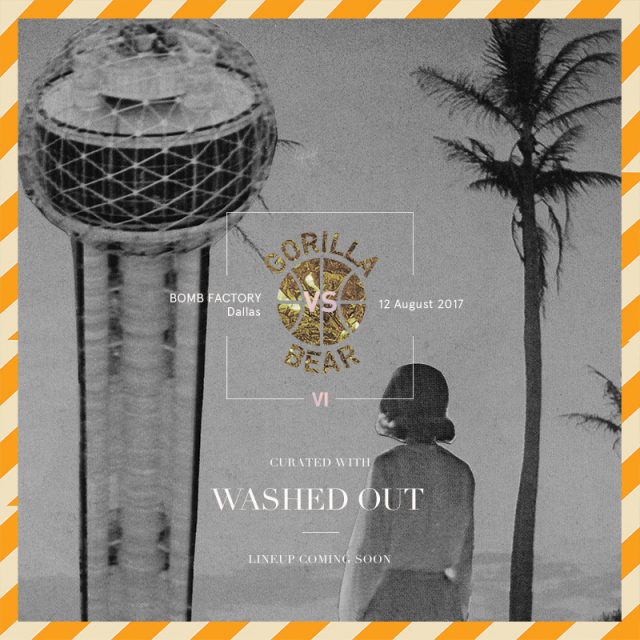 The sixth GvsB Fest will draw on the curatorial combination of musician Ernest Greene and influencers Gorilla vs Bear. One of today’s most beloved and sought-after indie acts, Washed Out, will headline, returning to Dallas for the first time since 2014.

KXT 91.7 Presents Gorilla vs Bear Fest feat. Washed Out on Saturday, August 12 at The Bomb Factory in Dallas. Doors open at 7pm. Show starts at 8pm. This event is all ages.