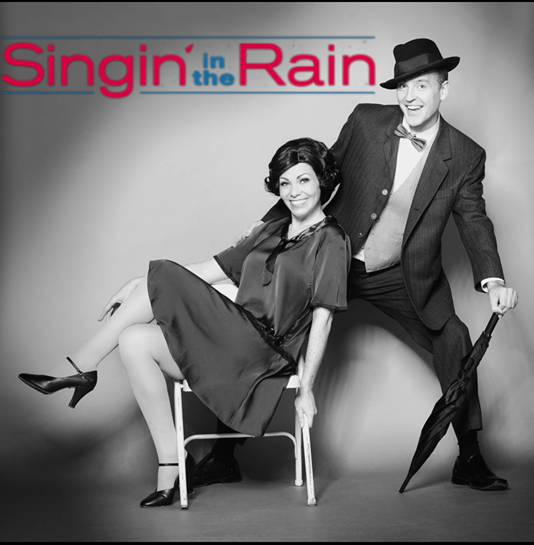 Singin' in the Rain

This year marks the 65th Anniversary of the beloved movie musical, Singin' in the Rain, starring Gene Kelly, Debbie Reynolds, and Donald O'Connor, often considered the finest musical of all time!

Singin' in the Rain is one show not to miss with great songs, "Make 'Em Laugh" and "Good Morning". And the theater will make it rain on stage during the iconic song, "Singin' in the Rain." Featuring Jordan Tomenga as Don Lockwood, Laura Alley as Kathy Selden, Jarvon Hughes as Cosmo Brown, and Amanda Thompson as Lina Lamont.

Based on the classic Metro-Goldwyn-Mayer film.