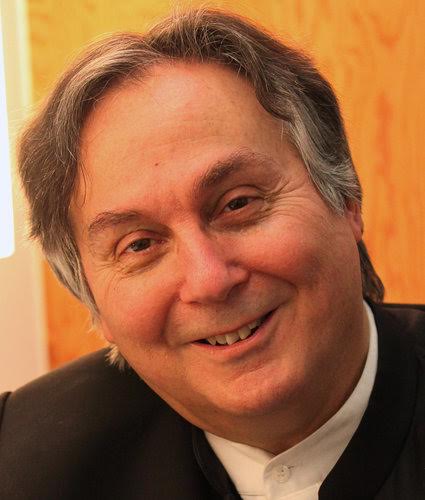 The distinguished career of Texas-born cellist Ralph Kirshbaum encompasses the worlds of solo performance, chamber music, recording and pedagogy and places him in the highest echelon of today’s cellists. He enjoys the affection and respect not only of audiences worldwide, but also of his many eminent colleagues and students.

Last season Mr. Kirshbaum performed Beethoven cycles with pianist Shai Wosner in the U.S. and Great Britain, highlighted by a performance of the complete cycle in London’s Wigmore Hall, in conjunction with the celebration of Mr. Kirshbaum’s 70th birthday.  In November 2016, a recording, together with Shai Wosner, of the complete sonatas and variations of Beethoven will be released on the Onyx Classics label.  Kirshbaum continues to perform Beethoven’s cello works in the 2016/17 season with Mr. Wosner: in October at the Phillips Collection in Washington DC; and in March at the Wallis Annenberg Center in Los Angeles, where the duo will perform the complete sonatas and variations of Beethoven in two consecutive concerts, immediately followed by a performance at Chamber Music Sedona in Arizona.

Kirshbaum founded the RNCM Manchester International Cello Festival in 1988 as a celebration of the cello, its music and musicians.  The final Festival, which took place in 2007, was awarded the important Royal Philharmonic Society’s Music Award for Concert Series and Festivals.  In 2012, Kirshbaum inaugurated the highly successful Piatigorsky International Cello Festival in Los Angeles, centered at the University of Southern California - Thornton School of Music. The Festival returned to Los Angeles in May 2016 and was attended by some of the world’s foremost cellists, rising young artists and concertgoers, receiving international acclaim for its concerts, masterclasses, lectures, and workshops.  Mr. Kirshbaum launched the 2016 Festival with a performance of Bloch’s Schelomo with the Los Angeles Philharmonic, under the baton of Leonard Slatkin.

A renowned pedagogue, he served on the faculty of the Royal Northern College of Music in Manchester for 38 years.  In 2008, he accepted the Gregor Piatigorsky Chair in Violoncello at the University of Southern California’s Thornton School of Music, where he recently assumed the role of Chair of the Strings Department.  In July 2016 he received an Honorary Doctorate of Music from the Royal Conservatoire of Scotland in Glasgow.   He continues to serve as Artistic Advisor of IMS Prussia Cove and is Founder/Honorary President of the Pierre Fournier Award, as well as Honorary President of the London Cello Society.  He recently served a five-year term on the United States President’s Committee on the Arts and the Humanities.

Ralph Kirshbaum’s many recordings have included a Gramophone Magazine “Record of the Year” world premiere recording of Tippett’s Triple Concerto for Philips, the Elgar and Walton Concertos for Chandos, the Ravel, Shostakovich and Brahms Trios for EMI, the Barber Concerto and Sonata for EMI/Virgin Classics and the Shostakovich and Prokofiev Sonatas with Peter Jablonski for Altara Music. Also noteworthy is his recording of the Brahms Double and Beethoven Triple Concertos for BMG Classics with Pinchas Zukerman, John Browning and the London Symphony Orchestra, conducted by Christoph Eschenbach, and the recent Hyperion release of the Schubert Quintet with the Takács Quartet.

The rare Montagnana Cello that Ralph Kirshbaum plays once belonged to the 19th-century virtuoso Alfredo Piatti.