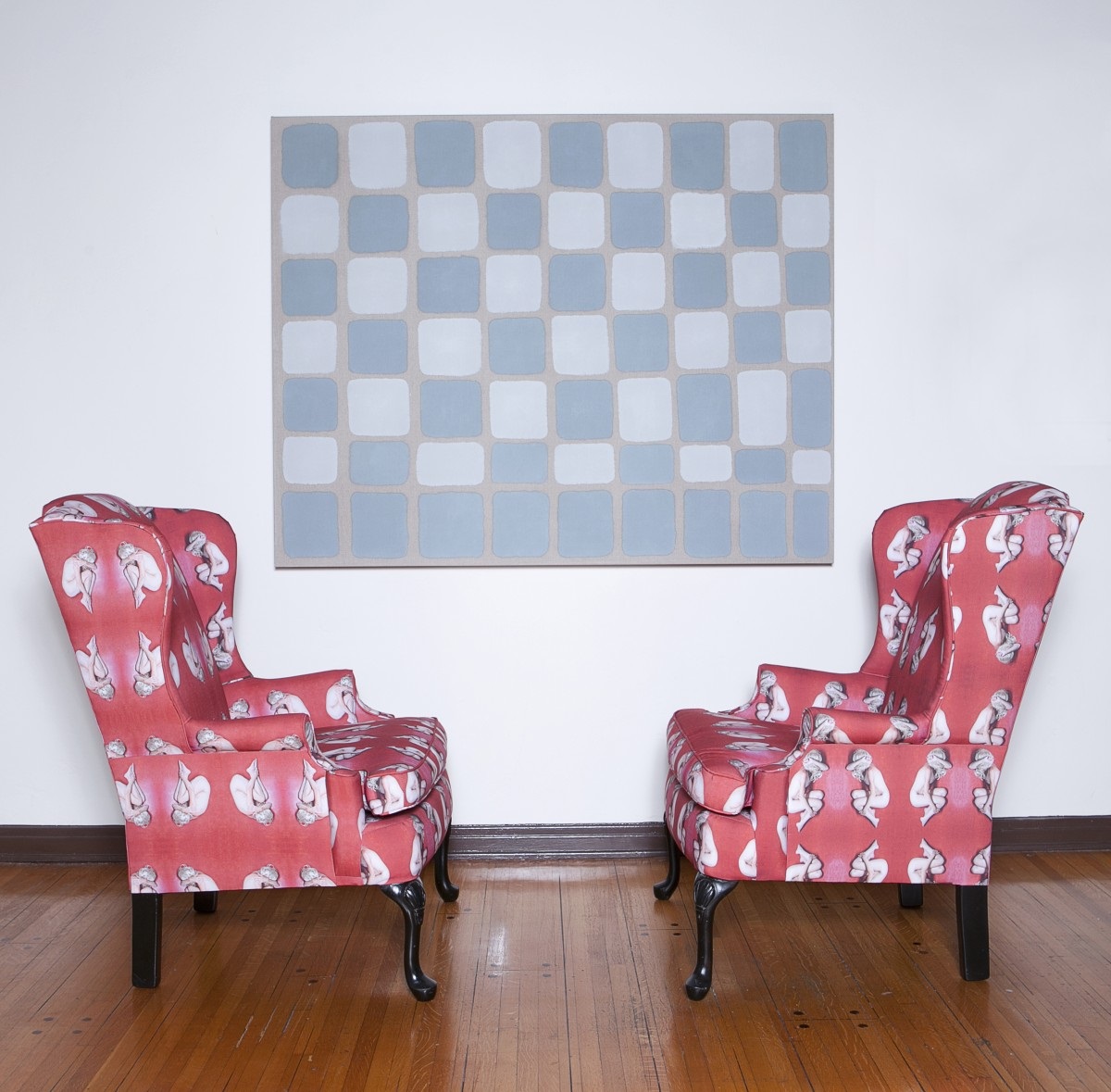 This May, Galleri Urbane will host esteemed multimedia artist Marion Wesson for her first solo exhibition with the gallery. "Cluster Fail" debuts in response to Wesson’s deeply personal experience over 2016. Navigating stages of collusion, panic, rationalization, isolation and retaliation, her new work transcribes a miasma of feeling into a piercing visual narrative of collapse and sustenance. Wesson’s Cluster series involves work created in the aftermath of a tumultuous relationship, during a time of difficult but positive change. Each piece tells a unique story of abuse and self-awareness.

“I came to the conclusion that the paintings had to work in concert with the sculpture,” Wesson says, “and that a cohesive collection that told a story was paramount.” Her Cluster work urges conversation through a simple diorama of chairs, chosen by the subject, meant to represent both support and dialogue. They are upholstered in fabric designed by Wesson that incorporates mundane objects as powerful symbols of oppression. Each conversation area is intricately tied to a Cluster series painting that hangs above, imploring the viewer to participate rather than just observe.

Marion Wesson received her BFA in Painting from the Rhode Island School of Design. Her work has been featured in both solo and group exhibitions in the United States and Spain, where she was Artist in Residence at Sporting Club Russafa in Valencia. She was awarded the prestigious James D. Phelan Award in Printmaking by the San Francisco Foundation. Wesson’s work has been highlighted in Art Hound, Artweek, Buzz Weekly, L.A. Weekly and Venice Magazine and is included in the Fidelity, Tailwater and Twitter Corporate Collections. Marion Wesson is a fifth generation Californian. She currently resides in Los Angeles, CA with her two children.

The artist will host an artist talk to begin the conversation as a prelude to the reception, May 13 with artist talk starting at 4:30 p.m. and Opening Reception from 6-8:30 p.m. On display May 13 through June 17.