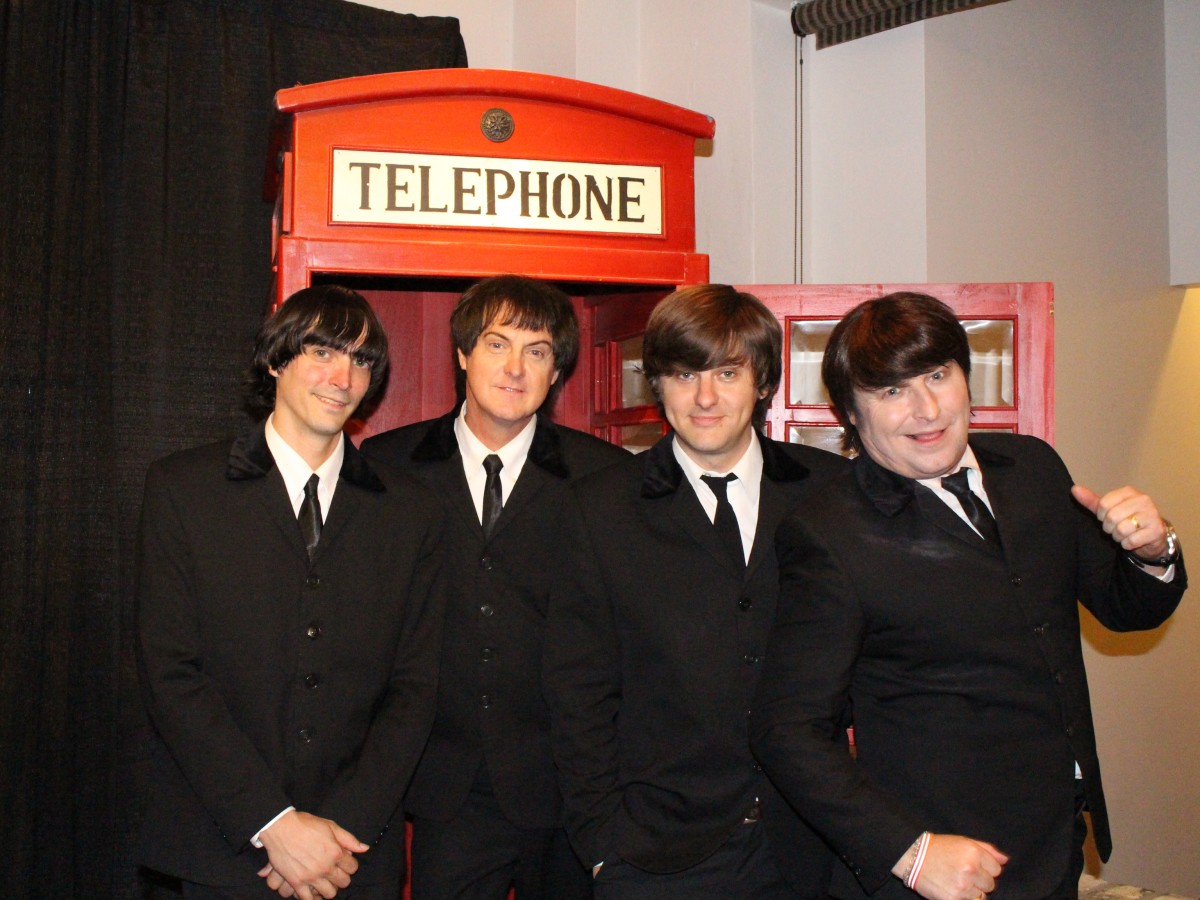 A live multi-media musical journey through the life and times of the world’s most celebrated band, Beatlemania64 covers hits from the vast anthology of Beatles classics, such as “I Want To Hold Your Hand,” “Hard Day’s Night,” “Hey Jude,” “Let It Be,” and “Come Together.”   The band covers a pre-“Sgt. Pepper” period of their career, spanning the group’s famous 1964 debut appearance on “The Ed Sullivan Show” to their last live American concert at San Francisco’s Candlestick Park in 1966.

Evoking the magic of 1964, a milestone year when The Beatles performed for frenzied audiences during their first American tour, Beatlemania 64 has been performing for 15 years and winning an endorsement from Beatles promoter Sid Bernstein, the man responsible for bringing the band to America. The members have a variety of music degrees and experience and apply their talents that honor the musical icons who are adored worldwide.

Bandleader Mark Nix, who portrays John Lennon, observes, “We wear suits created by the (Beatles’) original tailor. We play the exact guitars, use the exact amps and drums as they did. We love the Beatles’ fans. They tell us more about the Beatles than the Internet could.” Their stage manners reflect hours of watching archival Beatles films.