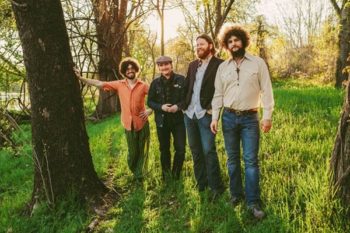 Austin-based Indie rock band Uncle Lucius takes rock and roll from its deep roots and pushes it onward by adding their own honest interpretation of new rock sounds with elements of R&B. Their debut album, Pick Your Head Up, was hailed for bringing rock and roll back to its heyday sound. After the album was released, the band packed their van, left Austin, and toured their rock-and-soul shows everywhere from the corners of both coasts. Their songs have been featured on television shows, such as Castle and Friday Night Lights. The band takes pride in their live shows as sacred and energetic experiences, believing that performing live is still the truest form of communication with their fans. Their most recent release, The Light, is the statement their fans have waited for, with its songs of seeking and questioning, of reaching out to others, of excavating the hidden strength within. After years spent spreading their message across Texas, here at last is the vehicle that can take them to the national level.