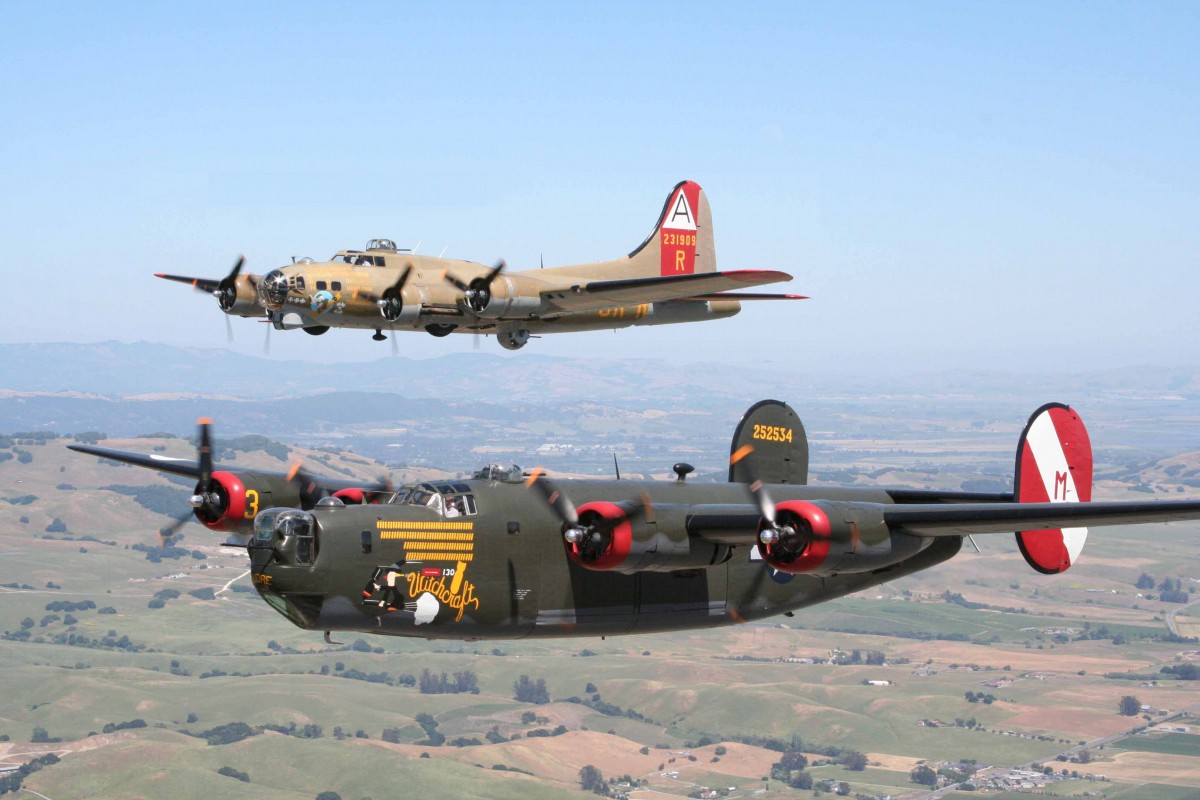 The Frontiers of Flight Museum, 6911 Lemmon Ave. at the southeast corner of Love Field Airport, will host an exciting, once-in-a-lifetime flying experience and exhibit that’s sure to be a crowd pleaser for the whole family! The museum will feature the Collings Foundation’s Wings of Freedom Tour in Dallas March 23-27 in honor of our WWII Veterans.

The Wings of Freedom Tour, Presented by the Frontiers of Flight Museum, will bring extremely rare bomber and fighter aircraft to North Texas for a local living history exhibit as part of 110-city nationwide tour. Best of all, visitors at the Frontiers of Flight Museum will not only get a chance to view the interactive display, they will actually have an opportunity to “fly into history” aboard these legendary aircraft.  Visit: http://www.flightmuseum.com/event/wings-of-freedom-tour-2016/.

Aviation enthusiasts of all ages will be “flying high” when they see the vintage Boeing B-17 “Flying Fortress” Nine-O-Nine WWII Heavy Bomber, Consolidated B-24J “Liberator” Witchcraft, the B-25J “Mitchell” Tondelayo and the P-51C “Mustang” Betty Jane, known as one of the greatest piston-engine fighters ever built.

The Wings of Freedom Tour at the Frontiers of Flight Museum will offer participants bragging rights to explore these majestic aircraft inside and out and learn more about these unique and rare treasures of aviation history. The B-17 is one of only 10 in flying condition in the United States, and the B-24J is the sole remaining example of its type flying in the world.

This year, the B-25 will join the collection of restored vintage bombers to soar over Dallas skies more than 50 years after its service life. The B-25 gained a lasting place in aviation history as the aircraft used in the Doolittle Raid, the first American attack made on the Japanese mainland after the attack on Pearl Harbor.

As part of the Wings of Freedom festivities, the Frontiers of Flight Museum will host special guest appearances with Staff Sergeant Homer Hogues, an original Tuskegee Airman; Elinor Otto, one of the original Rosie the Riveters; and WWII pilot Captain Jerry Yellin.

Staff Sergeant Homer Hogues, an original Tuskegee Airman, will be at the Museum on Wednesday, March 23 as the Collings Foundation’s aircraft arrive at approximately noon.  Visitors will be able to meet Sgt. Hogues on this special day, one day after the 75th anniversary of the Tuskegee Airmen’s founding, and hear about his experiences with this famous organization.”

Elinor Otto is one of the original “Rosie the Riveters” who answered the nation’s call for women factory workers during World War II. After WWII ended, Otto worked in other jobs before returning to aircraft factory work.  She continued to build airplanes at Boeing for almost 50 years, working on the C-17 “Globemaster II” airlift plane down to the final one to roll off the assembly line. She retired at the age of 95, and is known as the “Last Rosie the Riveter.”

Captain Yellin has the unique distinction of having flown the final combat mission of World War II on August 14, 1945 – the day the war ended.  Tragically, his good friend and wingman 2nd Lt. Phillip Schlamberg lost his life on their final mission–the last American combat casualty of WWII. Schlamberg is the great uncle of actress Scarlett Johansson, who takes every opportunity to support veterans of WWII. Capt. Yellin was inducted into the U.S. Air Force Hall of Fame with the late Louie Zamperini in August 2014 at the age of 90.

Admission to the Museum is $12 for adults and $7 for children under 12 and includes access to up-close viewing and tours through the inside of the aircraft. Some adventurous fans will have an incredible opportunity accomplish one of their “bucket list” goals by actually taking a 30-minute flight aboard these rare aircraft. Flights on either the B-17, B-24J or B-25 are $450 per person. P-51 flights are $2,200 for a half hour and $3,200 for a full hour. The P-51C flights give would-be pilots a chance to get some “stick time” in the world’s greatest piston-engine fighter!

The Wings of Freedom Tour, Presented by the Frontiers of Flight Museum, will arrive at Dallas Love Field at 1:30 PM on March 23 and will be on display at the Frontiers of Flight Museum at Dallas Love Field until the evening of March 27. Hours of ground tours and display are: 2:00 PM through 4:00 p.m. on Wednesday, March 23; 10:00 a.m. through 4:00 p.m. Thursday, March 24 through Sunday, March 27. The 30-minute flight experiences are normally scheduled before and after the ground tour times above.