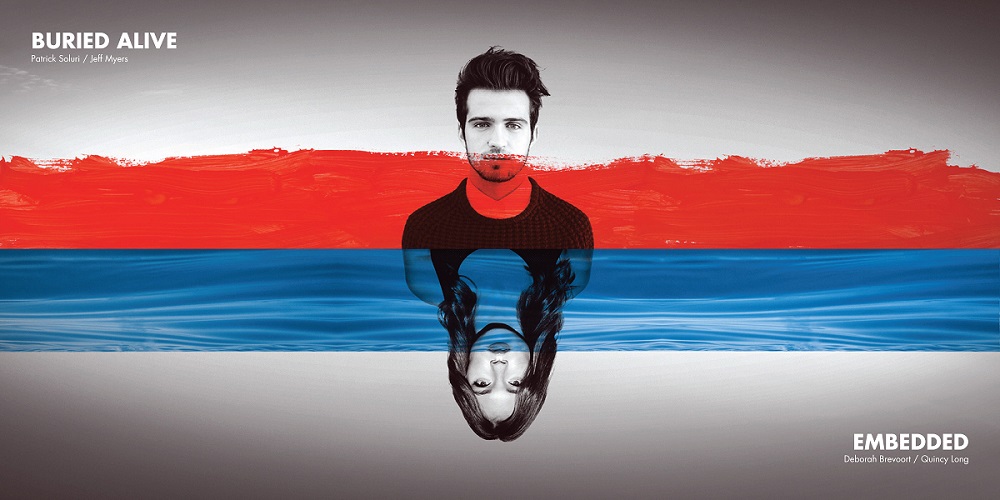 As part of FWOpera’s heralded Opera Unbound alternative venue series, "Buried Alive | Embedded," will make their regional premieres. Commissioned as part of American Lyric Theater’s Poe Project and created under the concept of what Edgar Allan Poe would write if he were alive today, "Buried Alive | Embedded" are one-act psychological thrillers presented back-to-back in one captivating operatic experience.

"Buried Alive," by Jeff Myers and Quincy Long, borrows from Poe’s "The Premature Burialand" tells the story of Victor, a painter whose nightmares of death begin to become real. With Christopher Burchett (Silent Night) as Victor and FWOpera Studio Artist Maren Weinberger as Elena his wife, alternating realities are juxtaposed and culminate in a final gruesome ending. The ensemble cast includes performances by Nathan Stark as the Gravedigger, Caroline Worra (Glory Denied) as an Undertaker’s Assistant, as well as FWOpera Studio Artists Anna Laurenzo as the Undertaker, and Brian Wallin as an Undertaker Assistant. Director Lawrence Edelson (Hydrogen Jukebox) returns to direct with Tyson Deaton (Glory Denied) conducting

The second opera, "Embedded," by Patrick Soluri and Deborah Brevoort, is taken from Poe’s "The Cask of Amontillado", and was featured during FWOpera’s first annual Frontier showcase in 2013. "Embedded" revolves around Sylvia Malow, an aging American news anchor sung by Caroline Worra, who finds herself on the wrong side of the headlines. Desperate to prove her value while being pushed out of her job by Victoria Reilly, a young rival sung by Maren Weinberger, Sylvia is tricked by the notorious terrorist Montressor—portrayed by Nathan Stark—into traveling to see him for an exclusive interview. The opera takes an unexpected twist and ends with a moment of triumph in face of death. Rounding out the cast is Christopher Burchett as the Producer, Brian Wallin as Rory, and Anna Laurenzo as the GPS. Sam Helfrich makes his FWOpera directorial debut and Tyson Deaton once again conducts.