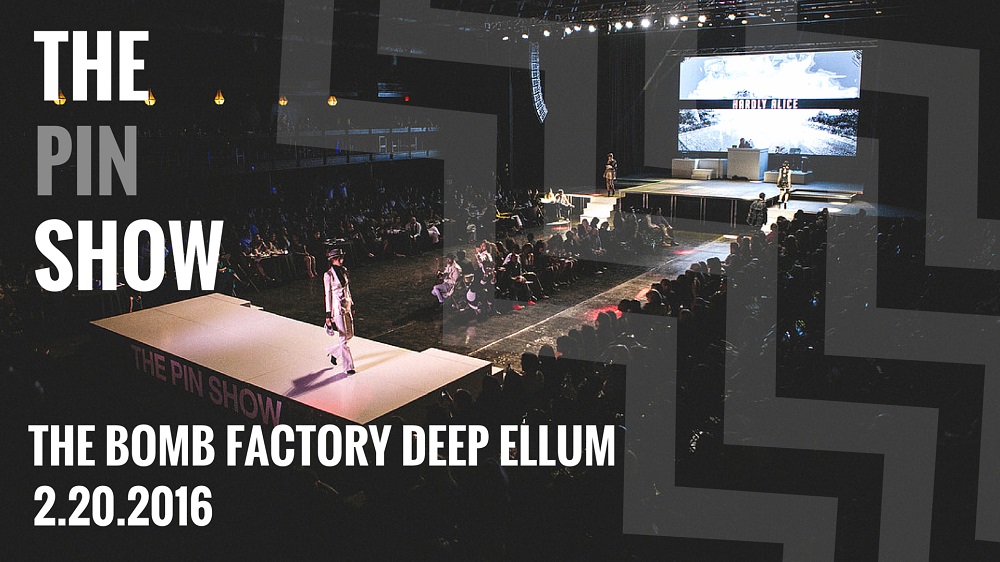 The Pin Show is thrilled to announce that it will be once again hosting its 2016 event on February 20, 2016 at The Bomb Factory.

Well known for having hosted events at various types of venues, The Pin Show has found a new home in Deep Ellum. The Bomb Factory offers 51,000sq ft. of wide open space as a blank canvas for The Pin Show.

The Pin Show will still feature its 22 designer line up, with each designer showcasing collections of 6-10 looks.

New to The Pin Show this year is an opening ceremony, where we will open with two Veteran designers, Jesse Thaxton of Melancholic Design and Charlotte Elliot of Yomono, who will curate their own show by creatively working with our professional teams on music, hair, makeup and stylists, to feature over 15 looks each.

The Pin Show has also teamed up with BBD designers, Mike Arreaga, Rick Fontenot, and Jonathan Rudak for a creative installation on the runway.  BBD has most recently featured their projection and installation work at AUORA and Art Conspiracy.

The Pin Show will feature a Co-Op boutique with limited looks from the 2016 designers as well as a market place featuring additional designers in Accessories, Handbags, and more!

We also welcome back our partners: