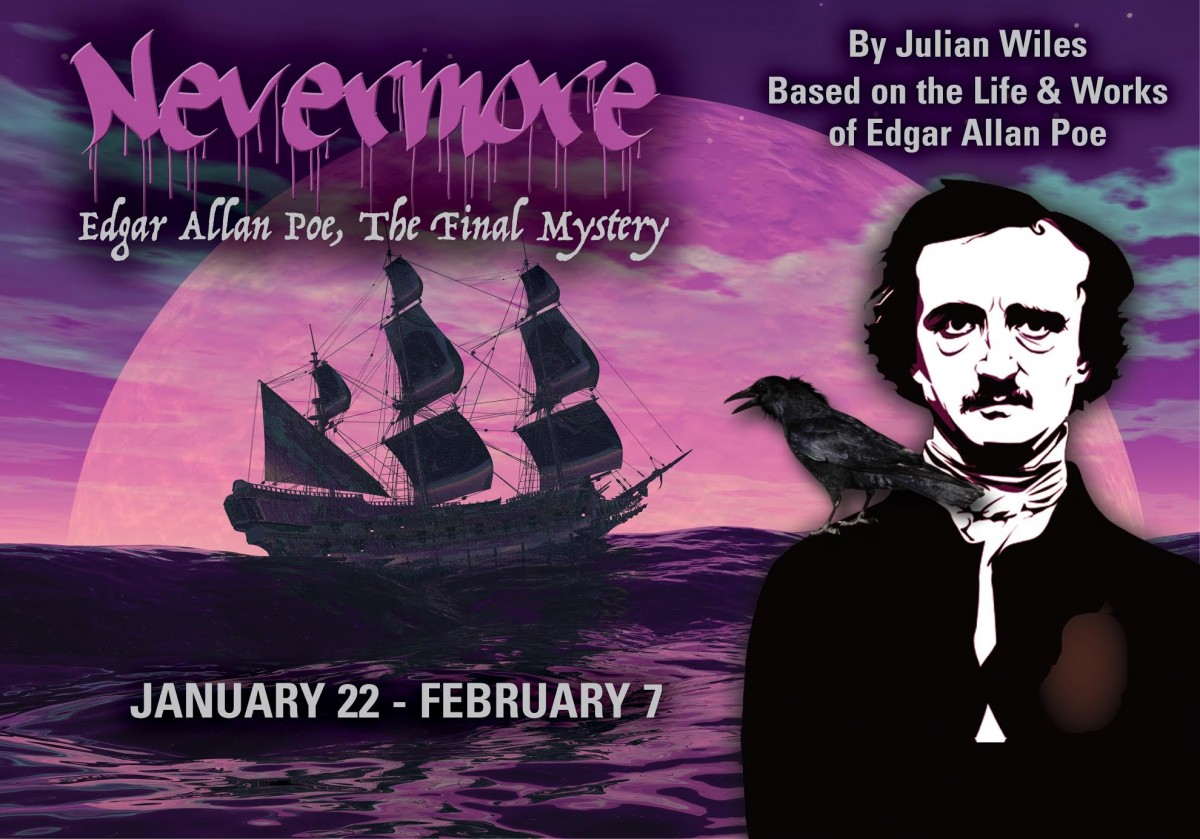 Nevermore! Edgar Allan Poe, the Final Mystery written by Julian Wiles is an imaginative play, which utilizes the macabre stories and poems of one of America's most celebrated writers pondering what might have happened to him on the dreary nightmare voyage at the end of his life. In September 1847, Poe is reported to have boarded a steamer in Baltimore Harbor for an overnight voyage to New York City. He never arrived. Five days later, Poe was found delirious on a Baltimore street and died soon thereafter. What transpired over those five missing days has remained forever a mystery ... until now. Director Adam Adolfo brings and emo twist to this contemporary staging of a period piece exploring music, movement and the drama that surrounds Mr. Poe's greatest works.