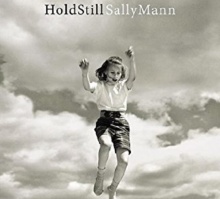 Tuesday Evenings at the Modern

Sally Mann, one of America’s most renowned photographers, recently released her much-anticipated memoir Hold Still (Little, Brown and Company) to high acclaim. Patricia Wall of the New York Times compares Mann with none other than Walker Evans, stating, “I held Evans’s writing in mind while reading Hold Still, the photographer Sally Mann’s weird, intense and uncommonly beautiful new memoir. Ms. Mann has got Evans’s gift for fine and offbeat declaration.” Wall closes her review with, “The best quality of Hold Still — a book that strikes me as an instant classic among Southern memoirs of the last 50 years — is its ambient sense of an original, come-as-you-are life that has been well lived and well observed. It’s a book that dials open the aperture on your own senses. Like the photographs she most admires, it is rooted in particulars yet has ‘some rudiment of the eternal in it.’”

For this special presentation, artist Sally Mann reads from Hold Still: A Memoir with Photographs.

Lectures begin at 7 pm in the Museum’s auditorium. Seating begins at 6:30 pm and is limited to 250; a live broadcast of the presentations is shown in Café Modern for any additional guests. Free admission tickets (limit two) are available at the Modern’s information desk beginning at 5 pm on the day of the lecture. The museum galleries remain open until 7 pm on Tuesday evenings during the series (general admission applies).

Café Modern serves cocktails and appetizers on Tuesday nights until 7 pm during the lecture series.