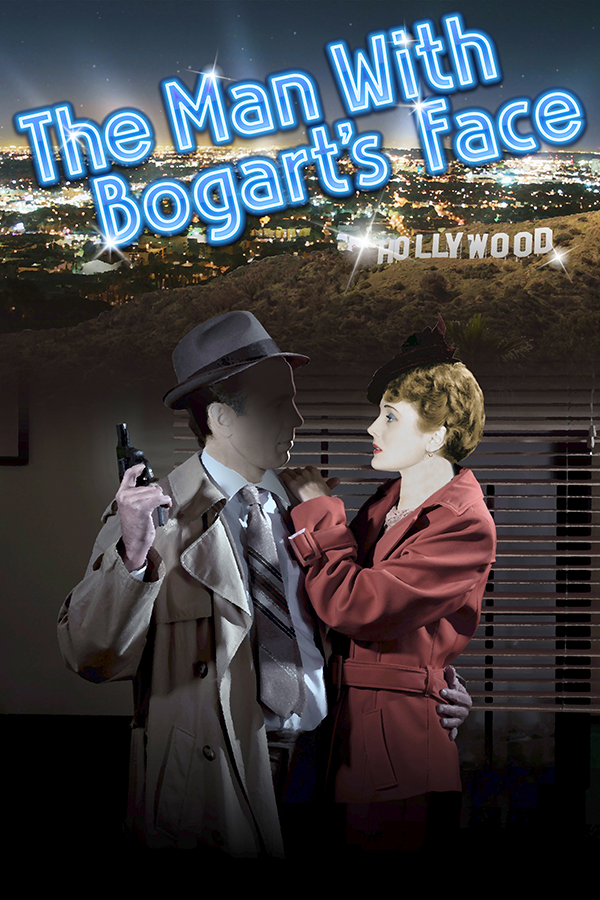 The Man With Bogart's Face

The operation was a total success. When the bandages were removed, the man with the Humphrey Bogart face ''buys a trench coat and a big gun and opens an office under the name of Sam Marlow, Private Investigator. Hiring a bosomy breathless blond for a secretary/receptionist, he sits behind his desk, pours himself a slug of rye, and waits for the clients to appear. Of course they come. Bizarre ones, silly ones, you name them, they all come.

Naturally, the deadly ones are somehow tied up with the beautiful dame, the one who looks just like Gene Tierney in Laura. There's a plot full of twists and turns, intrigue, greed and deadly danger, but why spill the beans? It seems enough to say The Man With Bogart's Face [has] its heart rooted in the heritage of good old movies.'' (Robert Sternberg)

The Man With Bogart's Face is a loving tribute to the genre of hard-boiled detectives of the 1940s and the Hollywood movies that glorified their derring-do…Fenady obviously has a strong affection for those tough private eyes and gorgeous women who both plagued and pursued them.'' (The Hollywood Reporter) Variety called Fenady's original book ''a fast-moving story, with action and staccato dialog that literally bring Bogart to life.'' Now Fenady brings his action to the stage in an utterly unique way that is entertaining, hilarious and suspenseful.