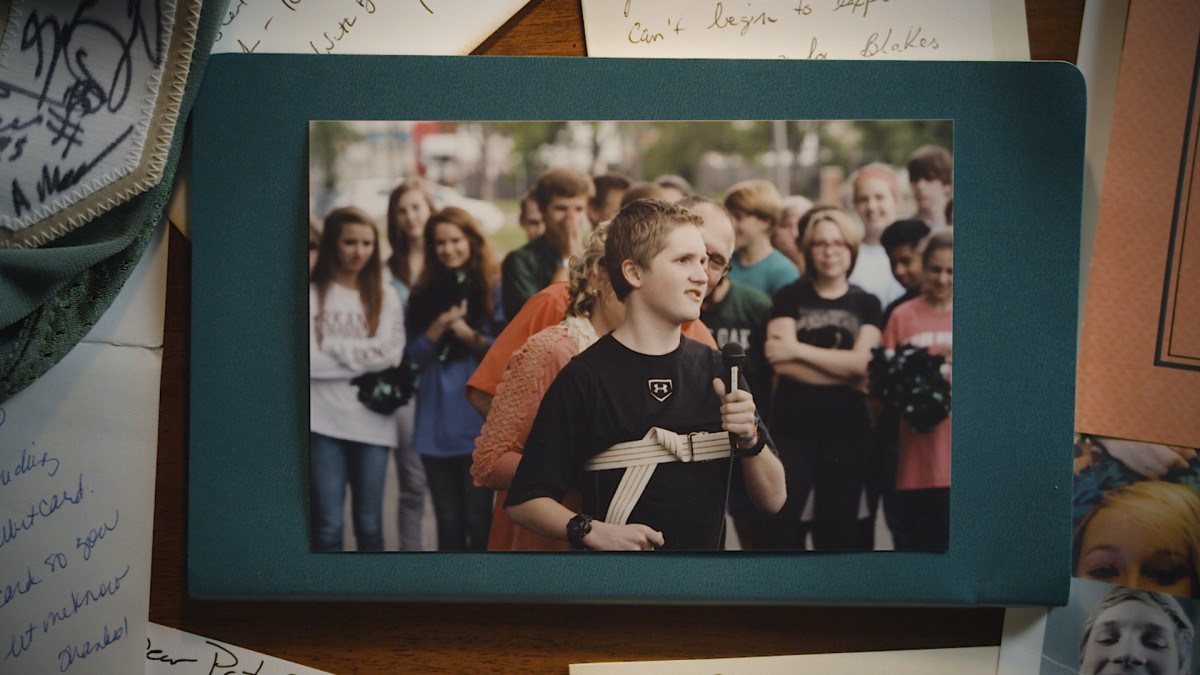 Ronald McDonald House of Dallas (RMHD), One Chameleon Entertainment, and Utopia will host the DFW premiere of HI I’M BLAKE at the SMU Hughes-Trigg Student Center. This feature documentary from an Emmy-nominated filmmaking team inspired the “HII’M” Documentary Anthology Series for Magnolia Network on Warner BrothersDiscovery. The film follows Blake Hyland and his inspirational true story and will be followed by a Q&A with the Hyland Family, Director Jon Michael Simpson, and JillCumnock, CEO of Ronald McDonald House of Dallas.

In 2014, Blake Hyland suffered a traumatic brain injury at 14 years old following a gymnastics accident. Unsure if he would even survive, the doctors were astounded athis recovery. Although the lives of Blake and his family were changed forever, his joy and determination would go on to impact countless others. Blake’s family stayed atRMHD for almost one year to be close to Blake as he slowly recovered through intense therapies.

HI I’M BLAKE follows Blake’s journey after the accident. Documenting the platform that Blake built in bringing hope to everyone he meets and the struggles of his family as they wrestle to restore him to his former self. Grapevine, Texas filmmaker Jon Michael Simpson crafted an intimate view into the hardships and successes families face when life suddenly turns on its head and rehabilitation becomes everyday life. Though the road to recovery is not the picture the Hyland family once painted for their lives, it isone that is full of humor, joy, and inspiration for those looking for courage in trials of their own.

WHEN: February 5, 3 to 6 p.m.
WHERE: SMU Hughes-Trigg Student Center3140 Dyer Street, Dallas, TX 75205
COST: The screening and Q&A are free and open to the public to kick off a two-week campaign with 25% of all the film’s proceeds benefiting RMHD.

Film Synopsis: After a life-altering gymnastics accident leaves Blake Hyland in a coma, his friends and family cling to hope for a miracle. After weeks of waiting, at last his eyes open, and his optimistic family refuses to believe in anything less than a full recovery. HII’M BLAKE follows the Hylands’ struggle to paint a new picture for their lives. As Blake attempts to reintegrate into society with a traumatic brain injury, it is a mystery if he will ever walk again, gain an education, or return to his former life. Filmed over six years, this inspirational story captures the joy of a boy with profound hope, and the sacrificial love of a family, and seeks to answer the question, “When will Blake fully recover?”

This film is available to rent or purchase on Apple TV, Amazon, Altavod and more at HiimBlake.com
Contact: Ariel Herr, 469-235-2708, [email protected]